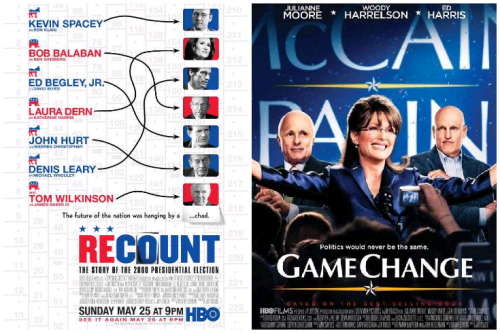 I’m not a political person at all. I feel like politics are the world’s most successful reality show, wherein the media distributes ultimately meaningless drama to a mass audience that willfully accepts the bastardization of important issues. Political debates have devolved into competitions where the goal is to discredit your opponent rather than espouse your own ideals and solutions. The nature of political discourse is so off-putting to me that it’s easy to see why I stick to television and movies.

But given the sheer importance of politics in our society, the toxic wasteland of vitriolic rhetoric often yields truly compelling stories. The 2000 presidential election left the entire nation in rapt suspense as we spent weeks unsure of who our next president would be. Likewise, the 2008 presidential campaign was as deeply historic as it was fiercely fought. END_OF_DOCUMENT_TOKEN_TO_BE_REPLACED