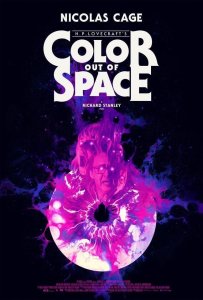 Premise: After a meteorite lands in the front yard of their farmstead, Nathan Gardner (Nicolas Cage) and his family find themselves battling a mutant extraterrestrial organism as it infects their minds and bodies, transforming their quiet rural life into a technicolor nightmare.

H.P. Lovecraft’s 1927 short story The Colour Out of Space has enjoyed a few adaptations to film over the years and has also served to inspire the likes of Jeff VanderMeer’s novel (and Alex Garland’s film) Annihilation and Stephen King’s The Tommyknockers. Richard Stanley’s Color Out of Space, is the latest cosmic and body horror adaptation of H.P. Lovecraft’s short story. It’s the classic tale of the Gardner family, a meteorite that lands on their property, and the havoc it unleashes. Through wonderfully vibrant visual effects and strong body horror elements, Color Out of Space leaves the viewer with a lot of dread to digest. END_OF_DOCUMENT_TOKEN_TO_BE_REPLACED

Happy 2020 and welcome to The Obsessive Viewer’s 2019 Year in Review episode! It’s our annual episode where Tiny, Mike, and myself share our movie viewing stats for the year, our top ten favorite movies list, and otherwise just nerd out about our year in movies and life! So buckle in and prepare yourself for the episode we always looking forward to and enjoy!

In the brilliant opening scene of 2010’s The Social Network, Mark Zuckerberg (Jesse Eisenberg), argues with his girlfriend (Rooney Mara) over his obsession with obtaining membership to one of Harvard’s exclusive finals clubs. As hard as she tries to steer the conversation to another subject, his brain is laser-focused on being admitted as one of the best in the best club at the best university, until it spirals out of control when she breaks up with him and he insults her. “There’s a difference between being obsessed and being motivated”, she says, sensing the darkness behind his eyes, the inherent need for him to feel accepted. It’s that obsession, the film argues, that leads Zuckerberg to create one of the largest, most influential but toxic social media sites in the world. END_OF_DOCUMENT_TOKEN_TO_BE_REPLACED

Premise: A group of women take on Fox News head Roger Ailes and the toxic atmosphere he presided over at the network.

In the final title card before the credits roll on Bombshell, it states that Roger Ailes was the highest-profiled figure to be taken down from sexual harassment, “and he won’t be the last”. This message of hope is certainly earned after the film that preceded it, but it’s the overall way it was handled that prevents it from really sticking. The film opens with a fourth-wall breaking monologue from Megyn Kelly (Charlize Theron) to get us all up to speed on the inner workings of the Fox News network where she anchors her own conservative talk show – Bombshell begins in the early days of the Republican presidential primaries and runs roughly up to the election. Because this is 2019 and we’re living in a post-The Big Short world (no surprise that Bombshell was written by Charles Randolph, the Oscar-winning co-writer of the former), I suppose it’s now mandatory for all films with semi-complex true stories to include some direct to camera speeches, breaking down the ideas at work into easily digestible chunks. But after the beginning, these self-aware moments, including some internal monologues from some characters and a weird visual moment, fall by the wayside in order to tell a more straightforward story. Which ultimately end up being a wise decision from director Jay Roach because those moments just feel like dead weight. END_OF_DOCUMENT_TOKEN_TO_BE_REPLACED 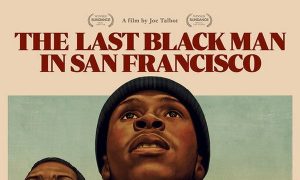 EDITOR’S NOTE: 2019 was a big year for us at ObsessiveViewer.com. One of the big things for us was bringing on our friend Ben Sears as a contributor on the website and recurring guest on the podcast. We’re extremely proud of the work he has done throughout the last several months and can’t wait to see what 2020 has in store for him and the site alike. Here, Ben reflects on his top 10 favorite movies of 2019. Enjoy. – Matt Hurt  END_OF_DOCUMENT_TOKEN_TO_BE_REPLACED

Premise: Behind Vatican walls, the conservative Pope Benedict and the liberal future Pope Francis must find common ground to forge a new path for the Catholic Church.

When you have an event in the Catholic Church that hasn’t occurred in around 700 years, it’s almost inevitable for a film depiction of that event. In the case of The Two Popes, that event was the abdication of the papacy by Pope Benedict XVI in 2013 and the ascension of Pope Francis. Director Fernando Meirelles, with a script from Anthony McCarten, depicts the event as a series of meetings between the Pope (Anthony Hopkins) and then-cardinal Jorge Bergoglio (Jonathan Pryce) as the two debate faith, and the role the church plays in helping its members. The film establishes within minutes, following the death of Pope John Paul II in 2005 and the election of a new Pope by the conclave of cardinals at the Vatican, the differences between the two and what is at stake for the church as a whole: one is all about reform, and one is more conservative. Pope Benedict (then-Cardinal Ratzinger) is the favorite, who is seen actively campaigning after the first vote, whereas Bergoglio is more reluctant and even seems relieved when he is not elected. Fast forward seven years and Bergoglio considers retirement when he is called to Rome. The bulk of the film takes place at the pope’s summer home in the Italian countryside where Bergoglio attempts to persuade Benedict to accept his resignation, and Benedict stalls, hoping that he will stay. The film is stripped of some of its drama because we already know the end result, but Meirelles uses these scenes to emphasize the differences between the two men; whereas Bergoglio sees himself as a servant of the people (a core teaching of the Jesuit sect to which he belongs), Benedict believes the church is a beacon on a hill, helping to steer people in the right direction while remaining at arms’ length. “Change is compromise”, Benedict states early in their meeting. END_OF_DOCUMENT_TOKEN_TO_BE_REPLACED 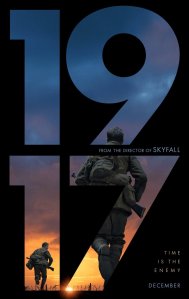 Premise: Two young British soldiers during the First World War are given an impossible mission: deliver a message deep in enemy territory that will stop 1,600 men, and one of the soldiers’ brothers, from walking straight into a deadly trap.

Sam Mendes’ 1917 is an impressive faux single shot movie set during WWI with an immersive ticking clock plot. The tagline of “time is the enemy” couldn’t be more accurate as the movie follows two men tasked with delivering a message that will save up to 1,600 soldiers walking into a trap. Although it may appear at first glance to lack certain plot and character elements, 1917 offers a powerful message of duty, perseverance, and honor in an intentionally inglorious way. END_OF_DOCUMENT_TOKEN_TO_BE_REPLACED