I’m ashamed that it’s taken me 12 episodes of this series to realize the significance of the Bates’ basement and it’s connection to Psycho. I feel like I should get points for noticing (and appreciating) the nod to Hitchcock in this episode’s title, though. That should count for something. Right?

Before I get on with my review, make sure you visit and bookmark the Bates Motel page of the website where you can find all of my reviews of this series. 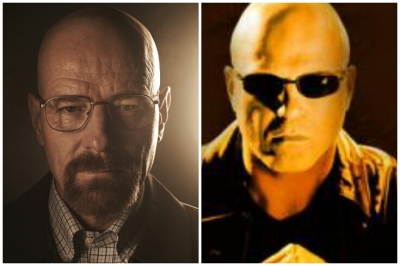 Now that Breaking Bad has ended and the dust has settled on the wave of articles, criticisms and adulation toward it, I feel compelled to write some thoughts. And it’s just in time for tomorrow’s final season and complete series blu-ray releases.

If you heard The Obsessive Viewer Podcast’s analysis of the finale, you would know that I had some slightly dissenting opinions about the end of Walter White and Heisenberg. Particularly, my opinion was rooted in his role as an anti-hero.

I wrote this while I was still comprehending the events of Breaking Bad’s final run of episodes. In the aftermath of Felina, I saw countless comparisons of the show to The Wire, which I firmly believe is in a class by itself in the television pantheon. What I saw surprisingly few of were comparison’s between Breaking Bad and The Shield. Below I recount how each series and each anti-hero’s final bow. Enjoy and don’t forget to follow me around the internet with the links below.

END_OF_DOCUMENT_TOKEN_TO_BE_REPLACED

Editorial: The Most Tragic Television Moments

Before you start reading, I must warn you that this is a SPOILER HEAVY list, obviously. Read at your own discretion.

I wrote this in response to the end of season 3 of Game of Thrones. When I first started watching the series, I wanted to read each season’s corresponding book before I watched the adaptation. Given the length of the novels, my impatience and fear of being spoiled I stopped about 1/3 of the way through the second book and got caught up on the series.

Thankfully, I avoided all spoilers for the end of season three. What I got in return was one of the biggest “HOLY SHIT” moments in recent television memory. It’s the moment everyone has been talking about and now that I’ve finally seen it, I’ve been inspired to make a list of the most tragic moments in television. Enjoy.

Disclaimer: Clearly this list is only limited to the shows I’ve seen. Think I missed something? Let me know in the comments, on Twitter @ObsessiveViewer or on Facebook. END_OF_DOCUMENT_TOKEN_TO_BE_REPLACED

Recently it was announced that Jimmy Smits and Donal Logue will be returning to FX’s juggernaut Sons of Anarchy Entering its 6th season this fall, the highest rated show in FX history has an incredibly loyal fan base filled with people who believe it is quality television.

Bringing back Smits and Logue is truly great for the show. Their work last season was a much needed breath of fresh air for a series that’s been stumbling for at least the last year and a half. However, while I loved Smits and Logue, I’m not sure their return will bring me back for another season of sloppy, convoluted writing on a show bloated with unresolved threads and a plethora of unlikable characters.