A week before seeing A Good Day to Die Hard, I bought the Die Hard 25th Anniversary Collection on blu-ray. I was eager to rewatch the franchise before heading to the theater. So that’s exactly what I did.

I watched all 5 Die Hard movies in a 24 hour span. 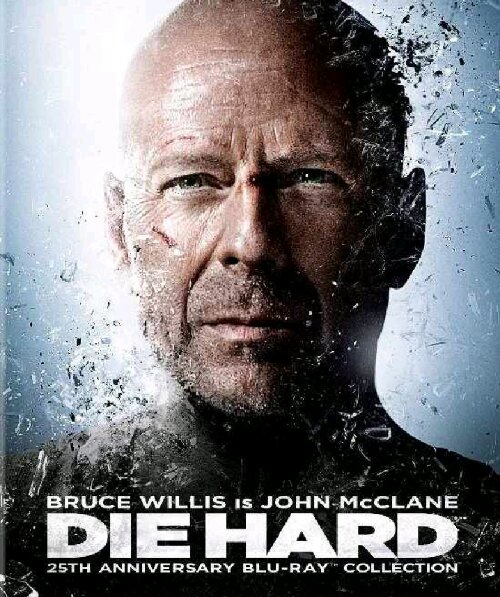 The first three movies look pristine on blu-ray. I didn’t get to look at many of the special features but the set has plenty of them, including a new disc: “Decoding Die Hard.” As far as Live Free or Die Hard is concerned, the set only includes the theatrical version. And it appears to be the standard blu-ray disc that was released in 2007.

The lack of an unrated disc in the set has caused a lot of consternation amongst franchise fans but I don’t mind it. I actually slightly prefer the theatrical version because of one scene. John McClane launches a car at a helicopter, destroying it. Justin Long runs up and says “You just killed a helicopter with a car!” In the unrated version we’re treated to a line about hundreds of thousands of people being killed by cars a year. It’s wordy and feels forced to me. The theatrical cut has the much more succinct: “I was out of bullets.” It’s funnier and a nice callback to the end of Die Hard With a Vengeance.

As far as the movies themselves are concerned, I still believe Die Hard is the perfect action movie. It’s a great movie with terrific comic relief and suspense. Die Hard 2 is good enough. Certain parts kind of feel like a rehash of the first one but that makes sense.

Die Hard With a Vengeance gets a lot of flack but I love how it sets itself apart from the rest of the franchise. The sadistic “Simon says” riddle game makes for some great scenes between Bruce Willis and Samuel L. Jackson. Tying the villain to the original was nice but a bit unnecessary.

As far as Live Free or Die Hard is concerned, it’s a fun movie for what it is. Justin Long and Bruce Willis have some great scenes together. And I’ll never complain about seeing Mary Elizabeth Winstead on screen. 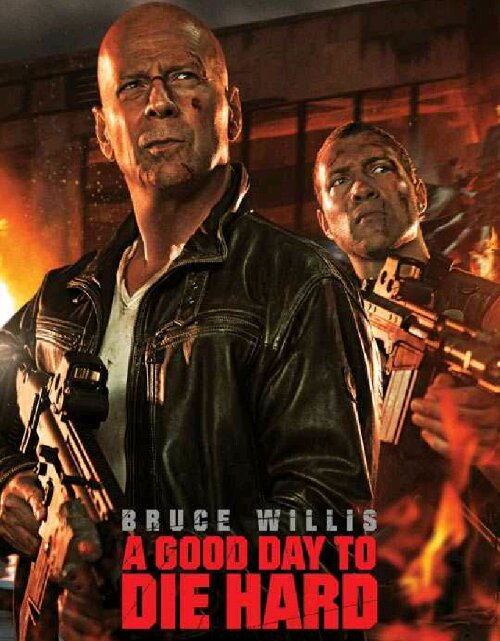 So how does it stack up with the rest of the franchise?

It’s a decent sequel. John McClane heads to Russia for his 5th adventure after hearing that his son, Jack, has been arrested. When he gets there Jack appears to he mixed up with the wrong people. Before long the estranged father and son are working together to kick some ass.

It feels like the filmmakers were actively trying to make up for the fact that Live Free or Die Hard was rated PG-13. This movie really earned its R. It’s the most violent Die Hard to date.

But violence and action isn’t everything in a Die Hard movie. The series has seen many a memorable villain. From Timothy Olyphant to the incomparable Alan Rickman. A Die Hard movie is only as good as it’s villain and that’s an area where this entry is severely lacking. Die Hard 5‘s villains didn’t have the charm of Hans Gruber or the emotion of Thomas Gabriel. The villain isn’t very memorable.
One thing I like about the new movies is the way they shift from John’s relationship with his wife to his relationship with his children. A Good Day to Die Hard‘s father/son storyline is pretty identical to the father/daughter storyline in Live Free or Die Hard. But this time they kill people together, so I’m not going to complain.

Jai Courtney’s performance is worth mentioning. The Australian newcomer handles himself well alongside Bruce Willis. I could see him having a very fortuitous career as an action star.

Overall, if you were disappointed with 2007’s PG-13 Die Hard movie, you’ll enjoy the ultra violence of A Good Day to Die Hard. It’s the most violent Die Hard to date and at 1 hour and 38 minutes it’s also the shortest.

By the way, this kind of bugged me about the promotional side of A Good Day to Die Hard. Whoever runs the Die Hard Facebook page posted this and it made me laugh. It’s such an innocuous line from the trailer and it didn’t even make the final cut of the movie. Why make it a promotional banner online?