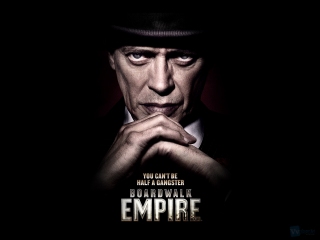 The final season of the criminally underrated HBO original series Boardwalk Empire is set to premiere on September 7th. In preparation for the show’s final hurrah, I’ve taken it upon myself to binge rewatch the entire series on blu-ray.

This is my third of four season reviews before I tackle episode reviews for the series’ swan song. You can find all of my Boardwalk Empire related posts by clicking this link.

Season 3 finds Nucky at odds with hot-tempered gangster Gyp Rosetti (Bobby Cannavale) who’s set up shop in nearby Tabor Heights, New Jersey. The season was Boardwalk Empire’s first time employing a “big bad” to the show and it seemed to play to mixed results around the Internet. 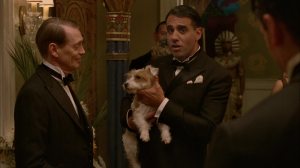 I, for one, loved Cannavale’s portrayal of Gyp and was very pleased when he won the Emmy for Best Supporting Actor. I was a little worried about revisiting the season (and his performance) because a lot of people had complained about him being a larger than life antagonist and teetering into cartoon villainy.

I’m happy to report that my opinion of Cannavale didn’t change. His performance is as unpredictable as it is unnerving. Gyp Rosetti is an interesting character that doesn’t exactly fit well into the world of show. Cannavale seems to know this and incorporates it into his performance. So instead of sticking out in a negative way, Gyp becomes an eccentric piece of Boardwalk’s style that proves to be a force to be reckoned with. 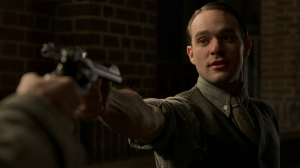 Elsewhere in season 3, Margaret (Kelly Macdonald) goes on a moral crusade to make a Catholic hospital more educational to women after witnessing a pregnant woman nearly bleed out. The general consensus is that this plotline was a waste of time. For me, even though the storyline feels really disconnected from the rest of the season, it provides an interesting weight to the climate of 1924’s medical practices and overall treatment of women.

Margaret commands more screentime with a recurring tryst with Owen Sleater (Charlie Cox). Owen and Margaret’s clandestine relationship is obviously more interesting than Margaret’s hospital subplot because it ties directly with the main plot of the season. Their secret collides with Nucky’s conflict in a highly satisfying and memorable way.

Season 3 sees Van Alden (Michael Shannon) deep in his George Mueller persona as he struggles to support his wife and new child by selling irons door to door. Soon enough, he becomes entwined in Dean O’Banion (Arron Shiver) and Al Capone’s feud and the audience gets a view of history through the unique perspective of a fictional character. This is one of my favorite aspects of Boardwalk Empire’s storytelling structure as it melds fiction with real events.

For fan-favorite character Richard Harrow (Jack Huston), the season finds him fighting to keep the memory of Jimmy and Angela alive in Tommy Darmody’s mind while Gillian (Gretchen Mol) works against him. Richard is the caregiver for Gillian’s business (a brothel she converted The Commodore’s estate into) and his arc this season is a slow build toward arguably the series’ most beautifully executed sequence of violence.

As the season winds to a close, Nucky’s conflict with Gyp heats up. There’s a remarkable moment where Nucky, at his lowest point, appeals to the other big players in the Boardwalk universe. He explains to a room full of gangsters that Gyp and the army he has in Tabor Heights need to be dealt with. Much to Nucky’s chagrin, none of the gangsters want to help him.

There’s a particularly poignant scene between Nucky and Rothstein where we’re shown how their mutual respect has been affected by the way Nucky has conducted himself over the course of the season. It’s a powerful scene between two of the series’ best actors.

The season ends in one of the show’s most violent episodes to date. “Margate Sands” serves as a reminder of how perfectly the show combines violence and drama. When all is said and done, there’s a clear sense of change among Nucky’s empire. This change puts a cap on a great season of television and ushers us into a new era for the show’s penultimate season 4. 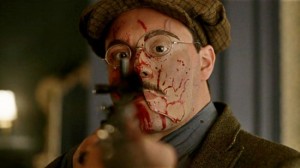 One response to “Boardwalk Empire Season 3 in Review”