Skip to content
Movie Review: This is Where I Leave You (2014)
Matt Hurt's Columns

Family dysfunction movies are a dime a dozen. What will set a good one apart, however, is great chemistry and an engaging story. Shawn Levy‘s “This is Where I Leave You” has both and includes a lot of charm.

In “This is Where I Leave You,” four adult siblings with lives in various states of disarray are forced to return home for seven days following the death of their father. Shawn Levy (Night at the Museum, The Internship) directs this adaptation of Jonathan Troppers’ novel with a script penned by Tropper.

The siblings are comprised of Judd (Jason Bateman), Wendy (Tina Fey), Paul (Corey Stoll) and Phillip (Adam Driver). Each character brings something different to the table. Judd is in the throes of a divorce, Wendy is in an unhappy marriage, Paul and his wife are having trouble conceiving and Phillip is the baby of the family who is, more often than not, a destructive force who brings about conflict for the siblings. Rounding out the family is Jane Fonda as Hillary, the matriarch of the family. 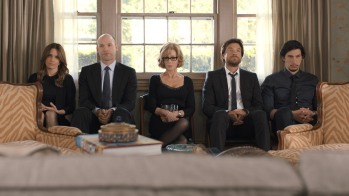 There are a handful of different dynamics at play among the sibling characters yet, surprisingly, they don’t overlap or interfere with each subplot. In fact, the movie does a spectacular job of weaving together the different characters’ personality traits within the ensemble without favoring one of more characters. The result is a fairly seamless depiction of grown siblings grieving while also reverting to childhood behavior.

I could talk at length about the sibling relationships in this movie. Tina Fey and Jason Bateman showcase their characters’ relationship spectacularly. Wendy is the only member of the family who knows about Judd’s divorce; as such, the pair shares a series of heartfelt moments. Wendy and Judd’s scenes really showcase what it means to be a sibling. Likewise, Wendy and Phillip share a spectacular moment where the latter, in so many words, thanks his sister for the influence she was to him.

The main thing I took away from this movie was its depiction of strong sibling bonds. Something that goes hand in hand with that, of course, is comedy. There are uproarious turns of humor in this movie. From the signature dry wit of Jason Bateman to the harsh but playful ribbing of Adam Driver, “This is Where I Leave You” makes great use of its ensemble’s comedic strengths.

Adam Driver, in particular, is terrific in his role of the self-destructive baby of the family. He toes a fine line between playful and abrasive with his off the wall attempts to instigate conflict among his family. Driver succeeds in making a character like Phillip, who could easily be villainous, not only sympathetic but likeable as well.

Jane Fonda gives a strong performance in the role of grieving widow Hillary. Her character comes with her own complexities, as she’s a psychiatrist who gained fame by writing a book about her family. It’s a somewhat popular premise recently (looking at you, A.C.O.D.) but “This is Where I Leave You” handles it well. The book becomes a piece of exposition without invading the main plot of the movie.

The movie includes a handful of memorable supporting characters. Timothy Olyphant and Rose Byrne play former flames of Wendy and Judd. Timothy Olyphant seemed just slightly underused. His character, Horry, was incredibly compelling and sad, to the point that I wish more time had been given to flesh out his subplot with Wendy. 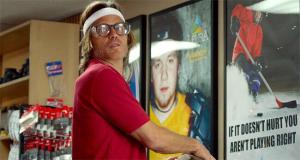 Rose Byrne takes the archetypical “girl who never left the small town” role of Penny and puts her own unique, quirky spin on it. Throughout the movie, Judd and Penny share a sweet meet-cute subplot that doesn’t sacrifice the overall tone of the movie. It could have easily been incongruous to the rest of the movie, but a combination of charm and well-paced storytelling really made the subplot flow organically through the narrative.

Rounding out the supporting cast is Connie Britton as Phillip’s girlfriend Tracy. Britton brings a certain balance to Adam Driver’s character in terms of psychoanalysis and personal growth. She isn’t as present as Rose Byrne, but what she is given works well with the overall story.

“This is Where I Leave You” is a well cast and well-paced movie about dysfunctional siblings and their arguably more dysfunctional mother. The script is incredibly funny and very heartfelt at the right moments. There is a lot going on, so much so that some things could have been expanded in a movie with a longer runtime. Having said that, the movie was great as is and I recommend checking it out.

These are titles worth adding to your physical collection at a discounted price.