Amazon Pilot Review: “The Man in the High Castle”

January 15th marked the beginning of Amazon Studios’ 4th “pilot season” (the first being in April 2013). Each season, Amazon puts prospective series pilots on their Prime Instant streaming service for members to watch and vote on. Of the 13 pilots this season, Amazon has greenlit 5 for a full season order. The Man in the High Castle (executive produced […]

January 15th marked the beginning of Amazon Studios’ 4th “pilot season” (the first being in April 2013). Each season, Amazon puts prospective series pilots on their Prime Instant streaming service for members to watch and vote on. Of the 13 pilots this season, Amazon has greenlit 5 for a full season order.

The Man in the High Castle (executive produced by Ridley Scott) is an adaptation of a Phillip K. Dick novel that imagines an alternate history where the Axis powers won World War II. The series takes place in 1962 with the United States now divided into three territories. West of the Rocky Mountains is the Japanese Pacific States, the eastern half of the country is the Greater Nazi Reich, and in between the two territories is a neutral zone (or the Rocky Mountain States). 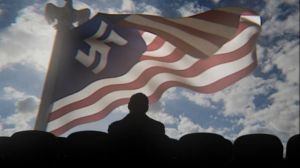 The show’s concept pulls you in fast and hard. The pilot opens with newsreel footage showing the harmonious and industrial happiness that fills the country. At the end of the newsreel we see a shot of the American flag with a white swastika in place of the stars. This image alone triggered a profoundly unsettling feeling in my bones that only grew as the show further unraveled its alternate history aesthetic.

The pilot follows two characters that each becomes initiated with the “resistance” movement in different ways. Joe Blake (Luke Kleintank) is the young son of a war hero who’s eager to climb the ranks. After meeting with a reluctant member of the resistance, Joe takes a job driving from New York to Canon City, Colorado (in the neutral zone) with mysterious cargo. 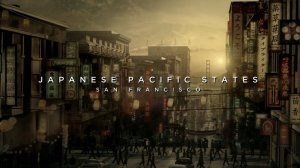 In the Japanese Pacific States, mysterious and tragic circumstances lead Juliana Crain (Alexa Davalos) to possess a newsreel of startling propaganda footage vital to the resistance. She soon finds herself heading to Canon City to meet with a resistance member.

Joe and Juliana’s separate journeys across the country help color The Man in the High Castle‘s world building with a hint of subtlety. There’s a particular scene where Joe comments on a bizarre snow-like weather change partway through his trip. He’s told what the horrific source of it is in a friendly, nonchalant tone that tells the audience how much of the Nazi’s atrocities are “business as usual” in the Greater Nazi Reich.

Outside of the main plot, there’s a wealth of information dispensed throughout the episode. In one of the show’s most intriguing subplots, it’s hinted that Hitler’s health is failing him and that his impending death will lead to a power vacuum. It’s stated that whether it’s Heinrich Himmler who succeeds Hitler or if it’s Joseph Goebbels, it will bring an end to the cold war playing out between the Japanese Pacific States and the Greater Nazi Reich and usher in a nuclear war. 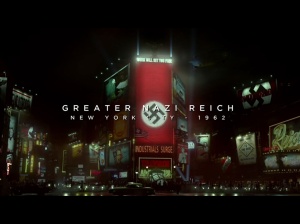 The plot takes tense and violent turns throughout its runtime. The show’s status as a spy thriller played out in such a bizarre universe gives it a little more room to flirt with some spy thriller tropes. There are some slightly formulaic twists in the plot that are disguised well by clever writing and the veneer of the show’s backdrop. Nevertheless, they are still formulaic and worth noting going into the anticipation of the show’s first season.

The pilot episode of The Man in the High Castle does a spectacular job of setting up the climate of its alternate universe. It accomplishes what a pilot episode should at a height that a lot of television shows struggle to reach. While some of the plot points feel like retreads of notable spy thriller tropes, the show leaves plenty of nuggets for the audience to mull over until the season is released. 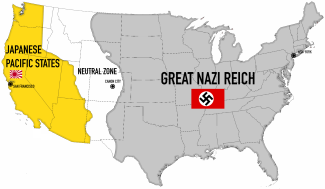