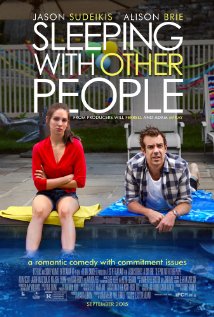 Sleeping With Other People was the opening film of 2015’s Indy Film Fest on July 16th. It will be released in theaters on September 11, 2015. You can find more of ObsessiveViewer.com’s coverage of the festival here.

Don’t let the title fool you. Sleeping With Other People isn’t simply a romantic comedy about two people ignoring physical attraction in an effort to keep things platonic. Instead, writer/director Leslye Headland has crafted a brutally honest look at dating and relationships when emotionally dysfunctional people are involved.

Twelve years after losing their virginities to each other in a one-night stand, Jake (Jason Sudeikis) and Lainey (Alison Brie) bump into each other and decide to strike up a platonic friendship. Of course, their feelings for one another complicate things as they sleep with other people. 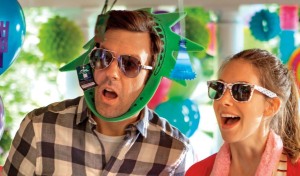 Though Sleeping With Other People may sound like a retread of When Harry Met Sally…, it’s the sincerity in the deconstruction of damaged people and honest depiction of modern dating that earns it a place beside Nora Ephron and Rob Reiner‘s romcom staple. From what I’ve seen, Leslye Headland’s movie is the closest the genre has come to a “When Harry Met Sally… for the millennial generation.”

Jason Sudeikis’ performance is laced in the perfectly timed wry charm that he has perfected over the years through SNL and various other film roles. But Headland’s script gives Jake more than a simple snarky man-slut arc. Jake wrestles with his feelings for Lainey and through their friendship he comes to the realization of why he acts the way he does toward women.

On the other hand, Lainey has her baggage personified in Matthew (Adam Scott), a lover who holds power over her emotions and uses that power without conscience. She carries with her the hope that Matthew will “choose her” and thus an unhealthy dependency on him ensues. Brie brings earnestness to the role that guides the character on her own journey toward self-actualization. The script provides complexity to Lainey that mixes well with Brie’s charm. 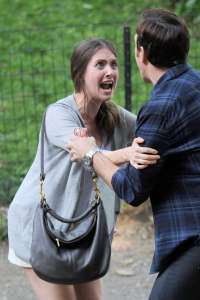 Sleeping With Other People presents its dissection of modern dating and relationships within the frame of the traditional romantic comedy. This may be off-putting to some and not conducive to an original romcom experience. But I’d argue that the rote romcom framework doesn’t get in the way of well-rounded characters in a story exploring the pitfalls of modern relationships so well.

The movie’s supporting cast is where it falters slightly. Adam Scott plays the dull, emotionally abusive Matthew a little too dry. It feels like he’s going for a sociopathic nerd but doesn’t quite stick the landing. Natasha Lyonne appears in a few scenes as Lainey’s friend. The dialogue is solid in these scenes (the term “sexual anorexia” comes up), but I felt like Lyonne’s character was there solely to check off the “same sex best friend and voice of reason” box on the romcom checklist.

Jake’s token same sex friend/voice of reason is more solid and well developed than Lainey’s. The League‘s Jason Mantzoukas plays Xander, Jake’s business partner and best friend “when it comes to duration.” He’s married to Naomi (Andrea Savage) and while the “you’re my only single friend” trope is present, the dynamic between Xander and Jake is strong. Their relationship (as well as Xander’s relationship with Naomi) provides a lot of laughs and occasionally steers the plot toward even more.

One of Sleeping With Other People’s best qualities is the humor. The movie is rated R but doesn’t play up raunch or rely on lowbrow humor. The comedy is intrinsically tied to the plot and chemistry among the characters. Headland’s script finds the genuine humor in the dramatic interplay of two people struggling with the platonic status of their friendship.

This is a movie that validates my adoration for the romantic comedy genre. Even though it sometimes leans on the traditional formula of the genre, it manages to be profound as it deconstructs modern relationships and the struggles of dating in the 21st century. Sleeping With Other People is the millennial generation’s own When Harry Met Sally. 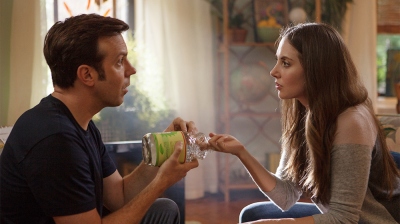