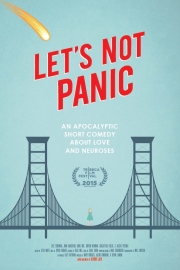 The 2015 Heartland Film Festival boasts well over 100 films in its schedule and many of those are short films. The shorts programs at Heartland group together films that fit common themes. Shorts Program 10 featured a collection of science fiction shorts.

The Leap takes place in a future where making the pilgrimage to “New Earth” is a wildly expensive dream. Elite agents work to police the rampant smuggling of people into transports looking for a better life. 15 years after a massacre, one agent grapples with what he’s done.

This short was beautifully filmed with immaculate production design. The detail put into the depiction of future technology as well as something as small of graffiti on the side of a building does wonders for the world building.

Throughout the 29-minute runtime, I thought numerous times that this world and this story belonged in a feature. In fact, the film actually plays out like a feature condensed into 29 minutes. This is somewhat jarring as it relies on some time jumps to finish the narrative, but the runtime necessitated it.

There are some clunky moments, particularly in a sex scene. But the beautiful imagery and sharp dialogue make The Leap incredibly memorable.

In Against Night, two cosmonauts crash upon re-entry and one of them finds himself on a strange odyssey recollecting tragedies in his past.

The film had an aesthetic that reminded me a lot of Tarkovsky’s Solaris. Against Night was an interesting exploration of love and the comforts of memory, but it was a little jarring at first. The film didn’t distinguish between memory and hallucination too clearly at first. Maybe that’s on purpose and meant to confuse the audience, but it made it a challenge to get into so early in the short.

Travis Shepard is a future-earth-ambassador sent to study an alien world. What follows is his rise and fall through the alien’s Hollywood-like entertainment industry.

Movies in Space hit the criteria for fantastic sci-fi storytelling when it revealed itself to be a satire of Hollywood. The way Travis stumbles into a career as a movie producer quite literally by not understanding how the aliens’ movies work is just beautiful in its bite. His trajectory from there follows a surprising path leading to a surprising ending. The ride is hilarious with some nice subtext about the entertainment industry.

Dust tells the story of a healer who teams up with a black market merchant to search for a cure to potentially save a society that ostracized the healer’s profession. The film is filled with beautiful production design in rich forest environments. It also establishes and fleshes out a rich and interesting mythology. Unfortunately, the greater story failed to connect with me and the tradeoff of having a rich mythology is that my attention on the main plot fell by the wayside.

Let’s Not Panic is a “pre-apocalyptic rom-com” about Sadie, a girl in Brooklyn who travels to Manhattan to see the man she loves (her therapist) while NYC waits for an asteroid to strike. The film takes a wonderful message about idealizing people in our lives until they fit an unrealistic model and packages it into a delightful sci-fi comedy. The people Sadie meets (and also those she recruits for the journey) are hilarious and bizarre in the way they poke fun at conventions of the genre. Let’s Not Panic wraps up wonderfully (with a couple surprises) as it leaves us with an uplifting and sweet statement about human interaction. 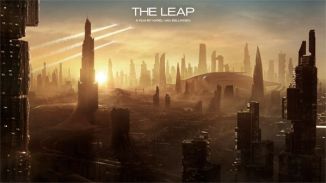