I’ve had a day to think about the season finale of The Walking Dead. I’ve considered the way the various story lines were resolved in the last two episodes and thought about […]

I’ve had a day to think about the season finale of The Walking Dead. I’ve considered the way the various story lines were resolved in the last two episodes and thought about the possibilities for season four. A day has passed and I keep coming back to the single question I blurted out when the third season of The Walking Dead came to a close…

That was it? (SPOILERS AHEAD…) 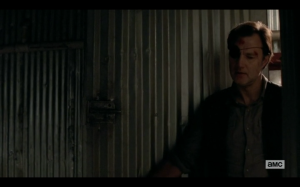 What’s a good pun for zombies and disappointment?

After championing the show’s shift from mediocrity to compelling television, I feel cheated out of a payoff that’s been alluded to since the Governor’s first appearance. This entire season was building toward a big showdown between Rick’s camp and the Governor’s posse. What we got instead was a skirmish that was passed off as a huge battle. Seriously, I laughed the second time I heard someone say “We did it!”

Let me start with Merle’s demise in the previous episode. I loved it. I thought his redemption was handled well and his death was a great display of the monstrosity of the Governor. However, as The Midwest TV Guys pointed out, it was a bit of a rehash of the thematic elements that led to Shane’s death last year. That was fine, though, because it was going to lead to Daryl having a strong episode and, perhaps getting his vengeance in some way. Right?

Nope. One line of dialogue was what we were given. If they were going to save the aftermath of Merle’s death for next season, they should have killed him in the season finale. Instead, they set up the finale by killing a major character and then barely calling attention to it in the finale itself. 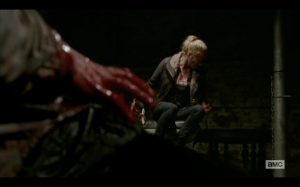 It was understandable given the finale, though, I suppose. They had to give proper screen time to Andrea and Milton. The suspense of Andrea taking her time getting the plyers and Milton taking his sweet time to bleed out and turn was my second favorite part of the episode. But, as if it were a microcosm of the season as a whole, the payoff with Andrea dying was wholly unsatisfying to me.

I’m not exactly sure why I didn’t care about Andrea getting killed off. She’s been an integral part of the series since the first season. So why didn’t I feel anything? It may be that the mediocrity of the series’ early life was a bigger detriment to the series than I thought. Or knowing that she won’t become the bad ass she was in the comics could be a factor. Or it simply could have been that this was the one storyline payoff in a season finale rife with disappointment.

My guess? The episode-long setup was a clever plot device that should have seen half the screen time. By the second or third scene between Andrea and Milton I was getting annoyed that Andrea was stopping to check if Milton was dead. They should have cut the plot in half and allocated the screen time to Daryl dealing with his dead brother. When Milton finally did turn, we reaped the benefits of a payoff that ended up happening off-screen.

The finale wasn’t all bad though. Carl verbally shitting on the perceived weakness of his father’s leadership was the best part of the episode by far. Although, it was a sharp turn from the apologetic Carl we saw a couple episodes ago in “Clear.”

I’m glad to see Tyreese finally joining Team Rick. The possibility of the two characters butting heads in the newly created Rick-mocracy is what will bring me back for season four. Though the curiosity of seeing a Scott Gimple run show and a more off-the-rails Governor will also be factors.

Overall, “Welcome to the Tombs” didn’t feel like the finale. It felt like the setup to a finale that would have delivered on the promises of the season. The finale did have its moments but simply didn’t live up to my expectations. Hopefully things will be better in season four. I still won’t ever quit the show due to being such a zombie enthusiast. It’s just a shame to watch the powers that be making as inexplicably bad decisions as their characters.

I guess we can’t have our brains and eat them too. 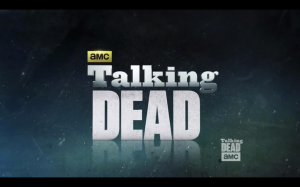 Before I go, I want to talk briefly about the post-episode talk show Talking Dead. I love it. As a huge fan of The Nerdist Podcast, I love seeing Chris Hardwick doing what he does best by hosting a show and talking about what he loves.

The post-break jump to an hour-long runtime is both a blessing and a curse, though. It gives the show much needed time to address points and discuss the episode. But it means the viewer is spending twice as much time per week on TWD than they would with any other show. I really don’t mind it, though I know it’s not for everyone. And whether the bizarre, prophecizing caller in the finale was staged or genuine, Hardwick’s reaction got a big laugh out of me.

I really hope AMC keeps Talking Dead around through the duration of The Walking Dead. It’s nice to have an immediate discussion in an age where DVRs and new media are killing the proverbial water cooler for television fans.

What did you think of the finale? Leave me a comment and don’t forget to follow me on Twitter: @ObsessiveViewer for live-tweets about movies and shows I’m watching and keep up with the blog on Facebook for all the latest posts and blog news.