A Farewell to Roger Ebert by Mike White

Today the entertainment world mourns the loss of its most prolific and beloved critic. Roger Ebert died yesterday after a lengthy battle with cancer. Knowing I couldn’t do the man proper justice, I asked my friend (and fellow blogger at Geek is the New Pop) Mike White to share a few words on Ebert’s passing. Below is what he had […]

Today the entertainment world mourns the loss of its most prolific and beloved critic. Roger Ebert died yesterday after a lengthy battle with cancer. Knowing I couldn’t do the man proper justice, I asked my friend (and fellow blogger at Geek is the New Pop) Mike White to share a few words on Ebert’s passing. Below is what he had to say… 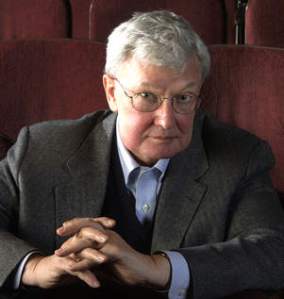 The only thing I wanted to be when I grew up was a Ninja Turtle. That was until I was fourteen or fifteen and fell in love with the English language. I’m now a high school English teacher, and I read and write every single day. While my earliest inspirations for writing were poets and science fiction authors, my love for movies, and my youth spent in Chicago directed me toward Roger Ebert. I mean this with the greatest respect imaginable and with as much weight as a word can hold; Ebert was an inspiration. He died yesterday afternoon, and he will be missed, at least subconsciously, every time I write.

I’ve been a fan of cinema as long as I can remember. The emotional weight of the final scenes of E.T.: The Extra-Terrestrial made me cry, and I bounced with joy when Marty returned to 1985 in Back to the Future. I was three when I saw these movies, and it was important for me to talk about them. Of course, at three, my audience was my mother – who introduced these movies to me. I was hooked immediately, spending my days as a young boy in Chicago consuming movies. 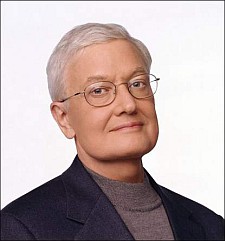 Roger Ebert was also very much a Chicagoan. His home is even decorated with a Chicago landmark plaque. I remember watching his show Siskel & Ebert & The Movies (co-hosted by Gene Siskel) whenever I happened to come across it on local television. For such an articulate and brilliant man, his excitement about movies was spoken with the voice of an everyman. He was a fan, just like I. Some of the reviews from his shows are still favorite YouTube clips of mine. His (and Siskel’s) berating of the original Friday the 13th in comparison to the brilliance of Halloween is as classic as the movies themselves.

In high school I was features editor of the newspaper, and wrote one or two movie reviews per issue. I wasn’t very good, but it’s evident especially in those early writings, that I was aping a style –Ebert’s. I don’t write about movies much anymore, but I review them on a daily basis in conversation and thought. It’s no exaggeration to say that I check rogerebert.com daily for new movie reviews so that I could compare notes with Ebert. We didn’t always agree, but we were nearly always like-minded.

I can’t speak much about his personal life, and I won’t claim to know much about it like I’ve seen lots of the newspaper in-memoriams do. I can speak, however, to how much his life affected mine without his ever knowing it. I’ve never wanted to be a celebrity or an actor, but Ebert’s influence on movies and pop culture is one that always interested me.

Ebert is an inspiration in so many ways. His words on life and death are similar to mine, and the quotes posted since his death are achingly appropriate and delightfully reassuring in light of his passing. I’ll let readers do the Googling. His thoughts on battling illness and perseverance are shockingly positive, and his unwavering work ethic sets an example for all aspiring writers.

His passing is the great reminder that all good things must end. He was only 70 years old when he lost the last of his few battles with cancer. The pain and difficulty he must have endured since the surgery that took his ability to speak in 2004 is unfathomable to me, but his willingness to do what he loved and continue to inspire is heroic.

I wished for a moment that I could write more personally about him. I kinda like the clever quips and winks in other articles I’ve read about him since yesterday. I even hesitated to end this piece with a “two thumbs up” bit of wit, but Ebert would have found it pandering and perhaps a bit rote. The same way he felt about his audience and bad movies, I feel he deserves better. Roger Ebert is remembered by a great many people, including myself, who will continue to do the things we love until we can physically no longer do them.