Yesterday J.J. Abrams uploaded a mysterious video to YouTube. It’s a teaser trailer for a project called Stranger. Whether Stranger is a movie or a TV show remains to be seen. The trailer (reminding me slightly of The Twilight Zone by being in black and white) shows a figure on a beach of some kind. He appears bound. A voiceover says:

“He arrived knowing nothing of himself. Who is he? Soon he will know. Because what begins at the water, shall end there. And what ends there shall once more begin. This is what happens. Men become lost. Men vanish. Men are erased…and reborn.”

Following that, a second person appears with wire of some kind on his mouth. Then the words “Soon he will know” appear on the screen before disappearing a word at a time.

So what is Stranger? I don’t have the slightest idea. I will say that I am definitely interested. I don’t know of anyone else who has such a command on viral marketing and mystery projects as J.J. Abrams does. Some people might think it’s a cheap trick but I, for one, love it.

I did notice that the music in the trailer is very clearly the work of Michael Giacchino. He’s one of my favorite composers working in movies today. Lost, Star Trek, Super 8 and Up all have fantastic music thanks to him. 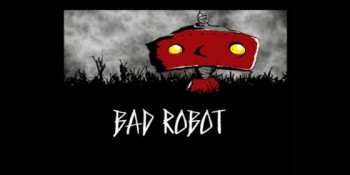 What can we glean from the voiceover in the trailer?

“He arrived knowing nothing of himself.” This line leads me to think the main character is either an alien or someone with amnesia of some kind. I am going to go with amnesia even though the line is spoken while the screen is filled with a starry night sky.

“Because what begins at the water, shall end there. And what ends there shall once more begin.” This line reminded me of Gandalf in The Lord of the Rings more than anything, honestly. Obviously this has no connection to Cloverfield but I suppose it’s worth mentioning that the monster in Cloverfield “began in the water.”

This is what happens. Men become lost. Men vanish. Men are erased…and reborn.” I’ve got nothing. This line makes me reconsider the amnesia thing. Maybe the main character is on the bad end of some kind of government experiment.

Soon we will know more about this mysterious project. In the mean time, check out the trailer and leave me a comment with your best guess on what J.J. Abrams and his team are cooking up over at Bad Robot.