“Saw V” watched on 10/7 SPOILERS HEREIN This is where the Saw Franchise really started sucking. The only reason to continue making these films was money. It really shows in the writing. The only character they could cling to as a protagonist was Agent Strahm, and he was basically a deus ex machina in the previous film, and an annoying […]

This is where the Saw Franchise really started sucking. The only reason to continue making these films was money. It really shows in the writing. The only character they could cling to as a protagonist was Agent Strahm, and he was basically a deus ex machina in the previous film, and an annoying one at that.  I did not look forward to following him through 90 minutes of Saw money grabbing.

Costas Mandylor is a solid horror actor. He has a certain quality and demeanor that suits the genre. I don’t know if I would want to see the guy read Shakespeare or anything, but he’s good for the Saw Franchise. He’s certainly not enough to make these last three films enjoyable, though.

One of the few things I like about this entry is the “side-story”, which the filmmakers seem so attached to. Basically they have these “games” in the movie that have nothing to do with the plot. It’s a platform for them to show the audience blood and gore. I’m not much of a fan of it, but it was interesting in Saw V. There are five people who are put into a series of games. They slowly find out that they are all connected in a small, and relatively insignificant way. What I liked about it was that the two survivors in the end discover that they all five of them could have made it to the end and survived if they had just played the games differently. It was a good “lesson” for Jigsaw to teach them. Especially considering how stupid the “lessons” have gotten, which Saw V continued with.

Agent Strahm gets sucked into a “game” at the end. Of course he dies and doesn’t learn the lesson because it’s stupid and wouldn’t really help him in his life. I swear to Science, the lesson is that he’s supposed to trust Detective Hoffman …. Wtf? That’s the lesson?! “If you had only trusted me you wouldn’t have gotten crushed to death!” How lazy and stupid is that? I hated it, and the filmmakers have absolutely lost sight of what qualifies as a worthy lesson for the protagonists of the series.

“Halloween III: The Season of the Witch” watched on 10/8

Does anybody like this movie? I had never seen it before and was hugely disappointed with it. I could understand what they were trying to do, but this was so poorly executed that it killed their idea before it even had a chance.

Everything about the movie was sub-par. The acting, the writing, the filmmaking; it was all a turn-off. That damn song that played with the “Silver Shamrock” commercials made me want to choke something. I realize that was probably intentional, but screw them; It was stuck in my head for the rest of the day and I was ready to go to a Ke$ha concert to get it out.

They completely dropped the ball on the Stonehenge thing. That was the most interesting part of the plot, and it was barely given any screen time. It might have worked if they had spent more time addressing the folklore and connecting it to the plot. It was one of many huge oversights in this movie.

Sorry, everyone, but I tuned this movie out. It was playing in the background, essentially. I cared so little about the plot and characters that it couldn’t hold my interest. I wanted to watch the entire series, which is the only reason why I didn’t shut it off. The hydrofluoric acid at the end was kinda cool …. that’s about all I got for this one.

Who would have thought a John Carpenter horror movie could be so crappy? The guy is a horror legend. His talents were wasted on this one. I’ve been saying for the past decade or so that there needs to be a Hollywood moratorium on Multiple Personality Disorder and amnesia. I’m not saying it makes for shitty movies, but it’s a very tired concept.

Having said that, I didn’t see it coming. It was obvious that the main character had suffered a massive trauma that caused her to repress her memories. That was almost a misdirect. I figured they were going to hypnotize her to draw out the memories. I wasn’t thinking that her subconscious invented the four other personalities to deal with the trauma. When it was revealed at the end I just kind of said “….. oh …. okay.” It wasn’t a big shock or anything.

The rest of the movie was just so boring. The “haunting” aspect was not scary in the slightest. None of the performances were special. None of the dialogue was noteworthy. The only nice thing about the movie is that Amber Heard, Lyndsy Fonseca, Mamie Gummer, Danielle Panabaker, Mika Boorem and Laura – Leigh are all attractive and nice to look at. As soon as I saw all five characters together I figured there would be some sexual perversity to it, but it never went in that direction. It seemed like the filmmakers strategically casted attractive girls for these roles, but not for any particular reason.

It was a strange movie. I’m not sure how something so boring caught the eye of John Carpenter. We can all just hope that this isn’t his last foray into directing horror.

I had never even heard of The Awakening. I got lucky enough to find it on Netflix Instant at random. I highly recommend this movie. It seems like a fairly standard paranormal flick, but takes a unique turn in the third act. I don’t want to spoil anything because I want you guys to watch it.

The movie is set in 1924 England. Rebecca Hall plays an investigator who proves hauntings and paranormal activity to be hoaxes. She is hired by a teacher at a boy’s boarding school (played by Dominic West) to investigate recent ghost sightings at his school. The film goes from there and concludes with one of the most satisfying endings I think I’ve ever seen in a horror film.

The acting is anchored by performances from three wonderful actors. I was already sold on Rebecca Hall, Dominic West and Imelda Staunton as actors, so there were no surprises. They all turned in very good performances. Horror films are not synonymous with good acting. The Awakening is an exception to that. Dominic West’s performance as a sheltered WWI veteran is probably his best since The Wire ended in 2008. I think the standout was Imelda Staunton, though. She has an immaculate ability to dissolve into a character.

If you’re typically not a fan of horror films this is probably the one for you. I hope the genre comes out with more artistic fare like this in the future.

I was so glad to be done with this franchise. There was a reason why I chose to avoid Saw V-VII, and I’m glad to say I was right. There’s only so much that can be done with this topic. They used up all of their creative capital in the first two or three movies. The four additional sequels were textbook, unartistic money grabs.

Having said that, there was some creativity in this movie. Sean Patrick Flanery’s character was a fairly refreshing turn. The filler “games” that had been presented throughout the franchise were mostly unsatisfying and forgettable. This one had some merit. Flannery brought a lot to the table, and it showed.

* Just a quick side-note on Sean Patrick Flannery: Why isn’t he a huge movie star? He’s a pretty good actor, he’s really good looking and he hasn’t made poor career choices. Whenever I think of casting for a movie he pops up a lot, but for some reason he has a very miniscule resume. Oh well, maybe he’ll have a late career boom.

I loved seeing Carey Elwes again! He has always been my favorite character from the series; and he’s just about the only one they hadn’t brought back at some point. One of the only things I was hoping for in this last film is to see Detective Mark Hoffman get his comeuppance. He had been putting people into “games” for stupid trivial reasons for several movies. Jigsaw was sick and twisted for what he did to his victims, but at least there was some semblance of reason for what he did. Hoffman’s “games” lacked that quality. So, I was glad to see him be captured in the end.

This was a franchise that I wish hadn’t fallen victim to typical horror franchise issues. If they would’ve just kept it to a basic trilogy and spent some time polishing the scripts and story they could’ve had three really good movies instead of one really good one, three solid ones and three crappy ones. This franchise was a blunder of the movie industry. I’ll just stick with the first movie and let the rest fall from memory.

I have very little to say about Friday the 13th. I don’t understand how it became popular. It’s like Halloween with all the artistry taken out. They blatantly tried to steal from Halloween with the opening scene in first person perspective. They really dropped the ball, though. It did not work.

This just isn’t a very good movie. The only thing I like about it is “Ch Ch Ch, Ah Ah Ah” and “Kill her mommy! Kill her!” Those two things make me laugh, but every other aspect of the film is par at best. It isn’t scary and there is zero use of tension or artistry. I have all of the sequels ready to watch for Shocktober this year, but I’m not sure if I’ll be able to get through them. 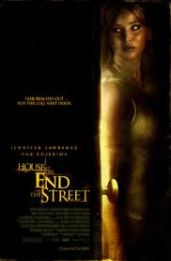 Super boring movie. I was hoping Jennifer Lawrence’s hotness would make it somewhat worthwhile, but they didn’t emphasize it enough; and I’m glad they didn’t because she’s above that. She’s too good of an actress to be reduced to being nothing more than a piece of eye candy.

I was confused by the movie. The killer guy was also his sister? Or, the sister never existed? Huh? I dunno. I couldn’t follow it. I was admittedly tuned out by the end, so I know I missed something, but I don’t care enough to get the facts straight.

I contribute to two blogs (obsessivebooknerd.com and obsessiveviewer.com), I host two podcasts (OVpodcast.com and thesecularperspective.com), and I have a boring job that you don't care about.