FIND ALL OF MY X-MEN REVIEWS HERE Before I start the final review of this series, I want to reiterate that I am not terribly informed when it comes to the greater mythos of the X-Men comic book universe. With regret, my only experience with X-Men outside of the movies has been the animated series from when I was a […]

Before I start the final review of this series, I want to reiterate that I am not terribly informed when it comes to the greater mythos of the X-Men comic book universe. With regret, my only experience with X-Men outside of the movies has been the animated series from when I was a kid in the 90s.

When I think about the cartoon, I remember being really drawn to the Sentinels. I thought they were a very cool and frightening enemy for the X-Men. You can imagine my disappointment when, in 6 movies, all we’ve got in terms of Sentinels is one brief appearance in a simulation at the beginning of The Last Stand. It didn’t make it into my review of the movie, but it bothered me that a Sentinel could exist in a simulation when they don’t exist in the “real world” of the movies yet.

In X-Men: Days of Future Past, Bryan Singer‘s mind blowing return to the X-Men franchise, the director addresses this and many of the series’ other continuity issues with grace and spectacular pacing. From the opening sequence depicting a Sentinel attack, I was floored. I watched as a band of mutants in a desolate, destroyed future (reminiscent of the post-Skynet Terminator landscape) fought the monstrously powerful machines that captivated me so much as a kid.

It was terrifying and beautiful with complex special effects and choreography in a world destroyed by humanity’s hunt for mutants. The atmosphere of horror and darkness established in that opening scene is the worst nightmare of the mutants that has, until now, only been the stuff of hyperbolic rhetoric utilized by certain characters throughout the franchise.

The movie speeds through its organic and well-written exposition before things get kicked into high gear. In order to prevent the Sentinels and save mutants and humans alike, Professor X (Patrick Stewart) and Magneto (Ian McKellen) send Wolverine (Hugh Jackman) back in time to 1973. While there, Wolverine is tasked with a mission to reunite the two mutant leaders, a decade estranged following the events of First Class. Once reunited, they must prevent an assassination to keep the government from creating the Sentinels.

As with any movie involving time travel, things don’t necessarily go as planned. The beauty in Singer’s storytelling (and writer Simon Kinberg‘s script) is that it avoids common time travel tropes and pitfalls. Introducing time travel to the franchise is not a “get out of plot holes free” card. Instead, the movie uses it to facilitate an intimate story of mutants fighting for their future and fighting over their differences. The movie also lightly touches on some theories about the implications of time travel without compromising (nor commandeering) the narrative.

The core of the story is the tattered remains of the friendship between Xavier (James McAvoy) and Magneto (Michael Fassbender) in 1973. Further igniting their feud is the fight for Mystique’s (Jennifer Lawrence) allegiance. This subtext comes to the forefront in a stunning, well-acted scene soon after Wolverine reunites McAvoy and Fassbender’s characters. This emotional core to their motivations carries throughout the movie in perfect harmony with the bigger plot that’s unfolding.

I really can’t speak highly enough about X-Men: Days of Future Past’s pacing. The drama, action and suspense work together so perfectly that if there was a lull in the plot, I didn’t come close to finding it. In fact, I was glued to the screen throughout the entire movie.

This is also the funniest movie in the franchise. There is a wealth of top-notch comic relief parsed throughout the script at just the right moments. These bits of comedy fuel the immersive experience the movie provides. There’s a particularly great sequence involving Quicksilver (Evan Peters) that hits all the right marks.

With X-Men: First Class, Matthew Vaughn could have rebooted a stumbling franchise but wisely incorporated bits and pieces of the canon to fit his story in a movie that felt somewhat disconnected from the established universe.

Now, Bryan Singer has created a movie that melds together the universe in a way that, by the end credits, feels like a reboot of the franchise but is in actuality the beginning of a new era for the X-Men movies. The most important thing Days of Future Past achieves is it embraces the most important parts of the franchise’s universe without forsaking anything in the series.

For those wondering, yes, 20th Century Fox has followed Marvel Studios’ cue and put a scene after the end credits. Being that I’m wholly unfamiliar with the comic books, much of the post-credits scene was lost on me. Nevertheless, it has me eager for 2016’s X-Men: Apocalypse and the future of the X-Men franchise altogether.

Welcome back, Bryan Singer. We missed you. 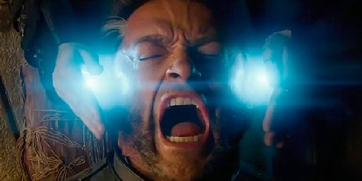