It’s officially the holiday season and let’s face it, it’s hard to shop for people. Whether you define yourself as an Obsessive Viewer (ahem, trademark Matt Hurt and ObsessiveViewer.com) or you have one on your shopping list, there’s no denying the minefield that comes with shopping for someone who loves movies and TV. If you’re not sure what to get […]

It’s officially the holiday season and let’s face it, it’s hard to shop for people. Whether you define yourself as an Obsessive Viewer (ahem, trademark Matt Hurt and ObsessiveViewer.com) or you have one on your shopping list, there’s no denying the minefield that comes with shopping for someone who loves movies and TV.

If you’re not sure what to get your movie/TV fan (or you want to show your friends and family what you want), I’ve put together this list of potential gifts. Clicking the links will take you directly to Amazon where buying the item will help support The Obsessive Viewer blog and podcast. 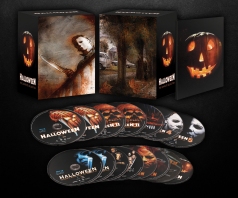 I spent all of October meticulously watching every part of this blu-ray collection. Here it is, November 25th and I still haven’t gotten around to posting my review! The Deluxe Edition is the must-have version of this collection. Not only is every movie in the franchise present here, it also includes multiple versions of the original, Halloween II and the infamous Producer’s Cut of Halloween 6. It’s packed with extras and commentary tracks. Look for my review of the collection sometime in the next week. And listen to the podcast episode where we dissected the franchise. 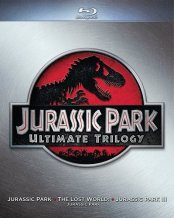 We’re getting a new Jurassic Park movie next year and the buzz around it gives it a lot of potential. Help prepare yourself for Jurassic World with the Ultimate Trilogy Blu-ray set. The 3-disc set includes Jurassic Park, The Lost World and Jurassic Park III. Each disc is loaded with making of features. Check out my review of the set next month.

Indiana Jones is one of the quintessential adventure franchises. This set comes with all 4 movies and a ton of special features. Even if you hated Kingdom of the Crystal Skull, it won’t sully your collection to own this set. Check out my review of the set next month. 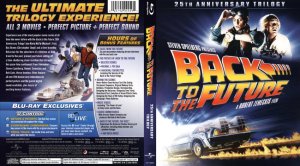 Back to the Future: 25th Anniversary Trilogy [Blu-ray]

Back to the Future is my go-to movie when I’m feeling upset, bored or want to gauge someone’s personality or level of compatibility with me. It’s hard for me to imagine why someone wouldn’t like this trilogy. Luckily, I don’t run into many people who dislike it. The 25th anniversary blu-ray has a ton of special features and, much like the movies, they’re hard to turn away from.

Now that the series is over (though, there are other movies from universe being made), you can own all 8 Harry Potter movies on blu-ray.

Eight Quentin Tarantino movies in one blu-ray collection! Tarantino is one of the most talked about filmmakers of our time. I’ve heard countless times from people my age who love movies that Pulp Fiction changed their lives. That and Reservoir Dogs were just the tip of the iceberg when it comes to Tarantino’s storied and varied filmography.

X-Men and the Wolverine Collection [Blu-ray]

The X-Men franchise has had a pretty rough go of it over the years. To be honest, there are a couple entries in the franchise that are just awful (you can check out my franchise review here). Nevertheless, if you’re a completionist, check out this collection of the entire franchise on blu-ray.

The Fast and the Furious franchise is just a fun, popcorn franchise. If you ignore the movies’ loose relationship with physics and The Rock’s weird glistening throughout the 5th entry, this franchise will entertain you throughout all 6 movies. 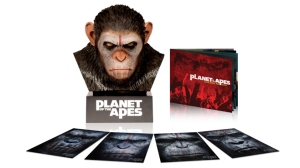 Guardians of the Galaxy [Blu-ray]

Guardians of the Galaxy was the most fun I’ve had in the theater this year by far. This is an essential title for your collection.

Captain America: The Winter Soldier isn’t just a really fun and engaging political action movie, it includes some very heavy, intense twists that redefine a big part of the Marvel Cinematic Universe. Even if you’re not a collector of the Marvel movies, this one is right up there with The Avengers.

X-Men: Days of Future Past [Blu-ray]

Bryan Singer returns to the franchise after a long hiatus. Days of Future Past unites franchise stars past and present, realigns the troubled franchise and delivers some intense action and drama.

Spike Jonze’s love story is a beautiful, poignant movie about human interaction in the digital age. It doesn’t take a strong stance against our growing dependence on technology. Instead, it’s a story about loneliness, affection and human interaction. Jonze created a near-future world with a backdrop of architecture and bright colors schemes that really pops in high definition.

The Fault in Our Stars (Little Infinities Extended Edition) [Blu-ray]

Josh Boone’s adaptation of John Green’s popular young adult teen cancer novel hits all the right notes and tugs at all the right strings. It’s one of the best novel adaptations I’ve seen and we’ll worth owning.

Alfonso Cuaron won Best Director at the 86th Academy Awards for Gravity, which also took home Best Visual Effects. The movie is innovative in its depiction of the horrors of space. It’s gripping, powerful and immersive. Buy it.

Spielberg’s iconic and powerful movie is on blu-ray in a 3-disc set. The special features aren’t that plentiful, but the film itself is a must own, to say the least.

If you’re shopping for a horror fan who isn’t crazy about the Halloween franchise but still loves John Carpenter’s original movie, this is what you should buy him or her. The 35th Anniversary Edition blu-ray is the definitive edition of this ground breaking horror classic. Click here for my review of the blu-ray. 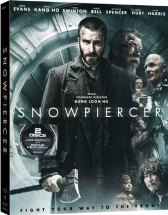 Captain America leads a revolution in a perpetual motion train society. So goes Bong Joon-ho’s dystopian class struggle movie. I wasn’t crazy about the movie, but my friends were. And it was critically acclaimed. So take a chance and buy it for someone in your life.

Prisoners is a shocking, gritty, well-acted and beautifully shot movie about the lengths people go to for their personal definition of justice. Largely snubbed by the Oscars, don’t let it be snubbed by your collection.

To be honest, I haven’t seen Blade Runner in a really long time. So I can’t speak to my feelings on the movie (if my Decade Reviews are any indicator, I didn’t have too great of taste as a teenager). But this edition of the movie always catches my eye on the shelves. Buy it for the sci-fi fan who loves bonus material.

Breaking Bad was one of the most talked about phenomenons in this recent golden age of television. It was also one of the most beautifully shot series on TV. It’s worth owning the complete series on blu-ray without question.

The Shield: Complete Series [DVD] – GET IT CHEAP

The Shield is Shawn Ryan’s gritty dirty cop series. As far as gritty antihero television sagas are concerned, The Shield is a little seen contemporary to Breaking Bad. The series deserves to be in the annals of television history, on par (and in some cases exceeding) with the quality of Walter White’s rise and fall. The show isn’t available on Netflix Instant, but the complete series DVD set is relatively cheap and we’ll worth the purchase.

This iconic coming of age series is finally getting a proper and complete DVD release. Buy it!

This is one that I, personally, really want. There are so many classic stories in this series and Netflix has an incomplete list in their streaming service. Own all the episodes in this sweet collection.

How I Met Your Mother: The Complete Series [Blu-ray]

Regardless of my feelings about the series finale of HIMYM, the show isn’t as defined by its finale as the storytelling structure would have you think. There is a ton of gold to be mined from 98% of this rewatchable (if you ignore the finale) sitcom.

The Office: The Complete Series [DVD]

The Office was one of the best ensemble sitcoms of its time. Though it got a little shaky late in its life, it still ended strong and gave rise to the careers of many people in comedy today. Own or gift the series.

I haven’t seen much, if any, of the original Batman TV series. But I’m a sucker for cheesy shows, television history and full series collections. 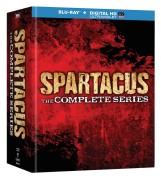 I’ve never seen Spartacus but a friend had a lot to say about it. This Starz original program takes a cue from 300 and runs with a series filled with violence, sex and more violence. 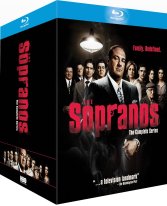 One of the most critically acclaimed television series and an icon of the gangster genre, The Sopranos is finally coming to blu-ray.

For the Whovian on your shopping list, this collection comprises all of Matt Smith’s work as the 11th Doctor in a lovely package filled with extra features.

Dexter was never really my thing but my friend Mike loved it (until the last season or two). For the collector on your list, get this set.

True Detective has one of the best sequences I’ve ever seen in a television show in its 4th episode. We’ve talked about the series on the podcast, particularly here and here. But this is a must own set for a season of television that, regardless of how subsequent seasons play out, will go down as one of the best standalone seasons ever.

Boardwalk Empire ended its run this fall, but to say the series was under viewed is an understatement. Buy season one (packed with fascinating features that explore the history behind the show’s Prohibition setting) for a taste of what Terence Winter and Steve Buscemi have to offer. 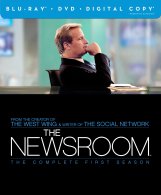 Neil deGrasse Tyson hosts this updated journey into Carl Sagan’s Cosmos. There are impressive visual effects and a great narrator in Tyson. Must own.