Well, the holiday season is upon us and the time to get your Christmas shopping done is rapidly dwindling. There’s a little over a week left until Christmas and if you are hard pressed to find the obsessive viewer in your life a Christmas gift this year, look no further.

Below you’ll find a list of some of the best Blu-Rays and DVDs you can get that will keep your loved one happy and busy into the new year.

It feels like Breaking Bad ended only yesterday and while I struggled a bit to come to terms with the finale, there’s no question that it is one of the greatest television series in the medium’s history. The show will live on in its audience’s memories and find new life with generations of television fans to come.

I pre-ordered the complete series blu-ray set about midway through the final 8 episodes’ run. I was pressed for cash when the collection was prepping for shipment and tried to cancel the order, but it was too late. I’m really glad I didn’t cancel.

The entire series is in the set, clearly. All of the episodes are uncensored and several are listed as extended. The crown jewel of the set is the bonus disc’s 2 hour and 15 minute long documentary. It’s a great look behind the scenes of the final episodes and includes clips of Bryan Cranston and Aaron Paul reading the final script for the first time together over a couple beers.

The series is beautiful and deserving of blu-ray. The extra content makes this collection worthy of owning.

NOTE: It appears Amazon is all out of the Complete Series Collection. Check other outlets or buy from a third party on Amazon, I suppose. I don’t know when/if more will be released. You can also buy the final season on blu-ray.

If you’re a Lost detractor, who thinks they spent too much time not resolving mysteries and completely missed the mark on the finale, still consider buying the Lost – Complete Series Blu-Ray Collection. It’s a beautiful show and a beautiful collection.

The best thing about the series is its care toward its characters and their development. Lost has some of the best character development I have ever seen and the blu-ray collection gives them the beautiful hi-def tropical backdrop for them to play in.

The blu-ray collection also includes a fantastic feature where you can save your place in the season. Basically, when you enable the feature, your place in the series will always be remembered. You can stop in the middle of an episode and come back to it later to find your place still saved. It’s pretty great and you can have multiple users register to a single blu-ray player.

NOTE: Buy used or through a third party, if you’re going through Amazon. The Amazon price is ridiculously high. 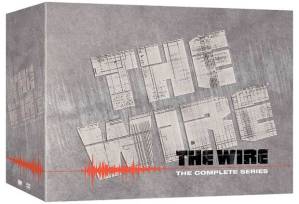 The Wire – The Complete Series DVD

Now we’re getting into the HBO side of the list. I am one of those douchebags who is constantly singing the praises of The Wire. I think it’s the best TV show. It uses the medium in such a unique and power way.

The series plays out like a 60 chapter novel depicting the state of America’s war on drugs and how the American city is dying. Its version of Baltimore is the series’ most important character. By the end of the show’s 60 episodes we have a panoramic view of this world that is a startling true depiction of the problems facing many of our real world cities.

For the social commentary fan, give the gift of The Wire.

NOTE: This set is currently only $69 on Amazon! This is a steal!

It’s probably the most popular show on TV right now. Game of Thrones brings to life George R.R. Martin’s perpetually tragic land of Westeros from his A Storm of Ice and Fire fantasy book series. The television show, filmed in Morocco, Ireland and other places, is visually stunning and does not skimp on the violence that is so prevalent in the novels.

If you have a Game of Thrones fan in your life that doesn’t own the show on Blu-Ray, this is the gift for them. It’s filled with plenty of special features, in-episode guides and commentary tracks. It’s a beautiful show with a phenomenal home release.

I constantly feel like not enough people are watching Boardwalk Empire. I said that Game of Thrones is the most popular show, but I firmly believe that Boardwalk Empire is the best show on TV (now that Breaking Bad has ended).

Boardwalk is a Prohibition-era gangster drama set in Atlantic City. Its meticulously detailed set design is matched by its spectacular storytelling and large cast of fascinating characters (both fictional and from history).

The show is a perfect blend of violence and drama and it seems really underappreciated. If you or someone you know likes gangster movies, get them Boardwalk Empire. They will love it. Also, the pilot was directed by Martin Scorsese and it’s one of the best pilot episodes I’ve ever seen.

Band of Brothers is a monumental achievement. The Spielberg-produced miniseries takes the action and style of Saving Private Ryan and sustains it through 10 episodes that depict a company’s journey through Europe during WWII. It’s emotionally jarring and a true testament to the brotherhood the soldiers found with each other.

The Pacific is from the same producers but follows a couple characters through the Pacific theater of war following the attack on Pearl Harbor. It lacks the bonding that the characters of Band of Brothers went through, but it is still a gorgeous miniseries about a side of the war that was particularly gruesome.

Any history buff on your Christmas list will love either of these as a gift. 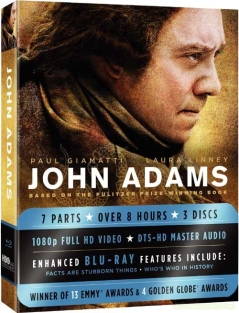 I’m due for a John Adams rewatch. Tom Hooper recreated early America in beautiful fashion, well worthy of a blu-ray purchase. Sweetening the deal is seeing Paul Giamatti in the role of a lifetime as the mini-series’ titular character.

I wrote about the magnificence of the Alien Anthology blu-ray set a while ago. Click that link for my full review. But all I’ll say here is that this set is one of the best blu-ray collections I’ve ever seen and the price makes it a MUST BUY. The bonus features alone are worth twice the price you pay for the entire collection.

The Bond 50 blu-ray set that I’ve been slowly reviewing all year is now $40 cheaper than when I bought it and includes Skyfall! It’s a must-have collection for anyone who is a fan of Bond. The bonus features are great (each movie has a 40-45 minute making of documentary) and the restoration on the older Bond movies is fantastic.

This is the definitive release of The Lord of the Rings. The extended editions offer substantial amounts of extra footage and each movie comes with two bonus discs that track the creation of the movies from beginning to end. It’s amazing.

Bonus gift idea: Buy the extended edition of The Hobbit: An Unexpected Journey on blu-ray. 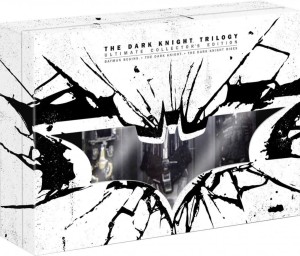 Christopher Nolan achieved something amazing when he created his Dark Knight trilogy. He left his mark on an iconic character with an iconic film trilogy that bridged the gap between movie fans and comic purists. This collection makes a great gift. 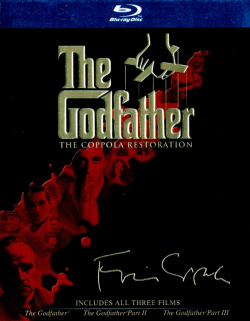 Don’t let the inclusion of The Godfather Part III in this set dissuade you from gifting it to your loved one. Two of film’s most iconic works have never looked this great. The picture and sound make it look like it was filmed yesterday. Of course, the performances, writing, cinematography and everything else about them are great. There’s a bonus disc of extras. Oh, and there’s The Godfather Part III too. 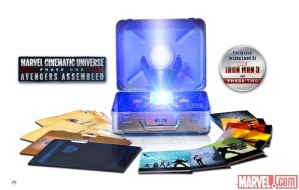 After a tumultuous journey to blu-ray, the Marvel Cinematic Universe Phase One blu-ray collection was finally released. What Disney and Marvel Studios accomplished with this series of interconnected movies is astonishing. The box set looks incredible.

When all else fails, give the gift of the Amazon gift card.

One response to “Editorial: OV’s 2013 Holiday Buying Guide – The Best Blu-Rays & DVDs for Every Obsessive Viewer”