Here’s Mike’s 2014 Best and Worst movies lists. Check back later in the week for a full podcast discussion of this list and my and Tiny’s stats and lists as well. Also, follow Mike on Twitter @IAmMikeWhite and also check out his band (and download their EP for free!) at http://asgoodasitgetsband.bandcamp.com/. 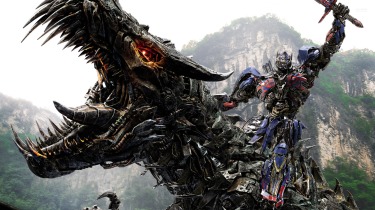 Every minute of this movie made me angry. Silly, dry, meaningless dialogue, same ol’-same ol’ action set pieces, and non-existent character development ran rampant throughout this movie. It’s baffling that these movies continue to perform the way they do at the box office. I vow that this will be the last Transformers movie I pay to see. In fact, after I saw this disaster of a movie I begged people on Twitter to stop seeing these movies. Only we can end the suffering.

2. A MILLION WAYS TO DIE IN THE WEST

I was not a big fan of Ted, but it had 100% more laughs than A Million Ways to Die. I’ve never been that entertained by Seth McFarlane’s ultra-reference, ADD brand of humor, but this movie marked a new low. I’ve never seen a comedy more unfunny that this one. As one of my heroes used to say, I hated hated hated this movie.

This movie was downright offensive. The only reason this isn’t the worst movie of the year is because I expected it to be this poor, and it accomplished exactly what it set out to do. Other than that, it was one of the worst experiences I’ve ever had in a theater.

Remember how good Catching Fire was? I know, I know, it’s hard isn’t it? Mockingjay Part 1 wasn’t really a terrible movie. I’m being a tad harsh, but it’s the most obvious money grab I’ve ever seen. There was no reason, story-wise, whatsoever to split the final part of The Hunger Games story into two parts. Part one was literally 123 minutes of exposition for part two. The movie was offensively boring, and for that it deserves to be on the worst list.

Man, I wanted to like this movie. Bryan Cranston’s first starring role since Breaking Bad? Not quite. Godzilla fumbled early with a poor twist, and the rest of the movie failed to sustain any sort of momentum. The CGI was impressive, but Godzilla felt too ancillary. This isn’t a truly terrible movie, but it was absolutely the most disappointing.

I didn’t want it. I really thought 2014 was going to be the year that I would switch things up, go indie, be trendy and call an obscure art film or an Oscar underdog my movie of the year. The heart wants what it wants, though. Cap 2 is why I see movies. The Russo brothers created the next step in superhero movie evolution. If The Dark Knight is the gold standard, a crime-thriller that just-so-happens to feature Batman, Winter Soldier shines almost as bright, and I’d go as far as calling it better than The Avengers. It’s a spy-thriller featuring Captain America. Like Dark Knight, Winter Soldier rises above some of the detriments several other comic book movies face, namely finding a good villain. The titular Winter Soldier is a great one; scary, intriguing and integral. Beyond that, the action pieces were jaw-dropping, the fight scenes, supposedly influenced by the choreography from The Raid: Redemption, were brutal, there were Easter eggs galore, and the acting was a notch above standard comic book fare, even if Chris Evans plays Cap arrow-straight sometimes. I started calling Captain America: The Winter Soldier my movie of the year very early on, and barely wavered. I felt like a kid during this movie, and sat, literally, on the edge of my seat the whole time. It’s why I go to the movies. Captain America –movie of the year.

I almost gave Nightcrawler the number one spot. Its ever-so-creepy satire of skeevy journalism and success story along with Jake Gyllenhaal’s near-perfect performance made Nightcrawler an unforgettable experience. On the night I watched Nightcrawler I also saw St. Vincent, and I imagine St. Vincent might have made this list had I not watched after such an affecting movie. This isn’t the only disturbing movie on this list, but it is by far the most. Gylenhaal gave us yet another performance to make us forget about The Day After Tomorrow and Prince of Persia. His sociopathic Louis Bloom is nuanced and left me feeling filthy. Even worse, he might have found a kindred spirit in Rene Russo’s Nina. Remember the feeling you got after watching Se7en? Nightcrawler isn’t far from that, and it’s a better movie.

Oh, how Boyhood was a treat. Richard Linklater’s 12-year epic about the journey from boyhood to whatever comes after was the most poignant movie I saw in 2014. Boyhood, filmed over twelve years with the same cast, follows Mason (Ellar Coltrane,) in a loose plot about growing up. What makes Boyhood so much better than other movies this year was that its gimmick never felt like just a gimmick. Every time we check in with Mason, he’s aged a year or so, and we’re never force-fed a catch up. The standard three-act setup is thrown out the window as we see Mason’s life in brief episodes. And here’s how the gimmick works; life, boyhood, is a really nothing more than a series of episodes that we string together at the end. I’ve never seen a movie portray growing-up like Boyhood does. I’ve never seen a movie quite like Boyhood. It’s by far the most recommendable movie on this list.

It’s refreshing that a director like Jon Favreau can follow the back-to back-to back ultra success of Elf and two Iron Man movies with a fun, earnest passion project. Before the movie was released, Favreau sat in on an episode of Nerdist, and his passion for the movie, and portraying a love for food on film, was palpable, and it can be seen throughout the film. The way Favreau frames some of the dishes his character Carl Casper creates is like a downright love letter. The script is, too. Chef is a love letter to food, culture, travel and family. Everything about Chef was spot-on. Even Sofia Vergara as Carl’s ex-wife, who gets to play a little less over-the-top than she does on TV, earns a few laughs. Chef is so feel-good, I’m honestly shocked that it’s been so overlooked in 2014.

Love in the 2010s. When I finished reading Gone Girl, I wondered what goes on in the mind of someone who could write a marriage farce like that of Nick Dunne and Amazing Amy. Whatever it is, director David Fincher (see above, re: Se7ev) has it too, and his adaptation of Gillian Flynn’s novel is point-perfect. He hits all of the emotional beats and whiplash twists with the same breakneck pace and bruise black tone in Flynn’s novel. It couldn’t hurt that Fincher was working from Flynn’s own adapted script. Even better, though, was the help of performances by Ben Affleck and Rosamund Pike as the star-crossed lovers.

6. Guardians of the Galaxy

Star Wars meets superheroes. 2014 best of lists in January all have a bit of a knee-jerk aspect to them, that said, I imagine over time that Guardians will creep its way up my favorites list, and I’ll think the #6 I’m giving it is a mistake. With Captain America, I mentioned lack of a strong villain as the #1 comic book movie killer, as of this writing, I can’t even remember the villain’s name in Guardians. I know I saw Thanos, but it was for, like, five minutes. Was it Lord Zedd? Prince Xizor? I dunno. Other than that, Guardians was a blast. Can Ant-Man top it?! (No.)

In a recent interview with Entertainment Weekly, Emma Stone said writer/director Alejandro Iñárritu gave the cast a picture of Philippe Petit, the tightrope walker who famously walked across the Twin Towers in New York. “This is what we’re trying to do,” he told her, and they absolutely did it. Birdman is filmed as if it is one continuous take. The seams are there if you’re looking, but the script and the performances are so good that you won’t be. Michael Keaton reminds us why he needs to be back in the public consciousness, and Emma Stone reminds us why she should continue to be there.

Interstellar is far from director Christopher Nolan’s best work, but it’s awe-inspiring enough to remind us how good he can be when he’s good. The movie could be thirty minutes shorter, and it would have been easier to swallow.

Snowpiercer is reminiscent of game-changing sci-fi like The Matrix. At the end of the year everyone was talking about The Interview as the torch-bearer for immediate VOD wide-release, but Snowpiercer’s success in the format shouldn’t be overlooked. It was in and out of theaters, but strong word-of-mouth on home release boosted the awareness of the movie. Snowpiercer was one of the best surprises of the year.

I’ve always liked Wes Anderson movies, but I’ve never considered myself a big fan. I appreciate his scripts, and I always enjoy the pictures he paints with his camera. A Wes Anderson movie is always a treat for the eyes, but before Grand Budapest, none of his movies ever had a sense of urgency. For Anderson, plot was always secondary to cinematography. That’s fine, film is art of course, but after so many years it can start to feel old hat. Grand Budapest Hotel is Anderson’s first movie that matters. It’s the next step for the now veteran director, and I really hope he continues to make more movies with plots that are as interesting as Grand Budapest Hotel. He’s finally made a movie of the year.