Stretch, from director Joe Carnahan (Narc, Smokin’ Aces, The A-Team), is a fun action/thriller comedy starring Patrick Wilson. Stretch (Wilson) is a down on his luck aspiring actor/limo driver who suddenly finds himself having to pay his bookie $6000 by midnight. In the hope that he’ll be tipped enough to cover the debt in time, Stretch takes a job chauffeuring an […] 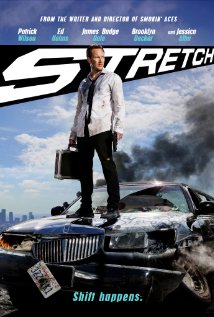 Stretch, from director Joe Carnahan (Narc, Smokin’ Aces, The A-Team), is a fun action/thriller comedy starring Patrick Wilson. Stretch (Wilson) is a down on his luck aspiring actor/limo driver who suddenly finds himself having to pay his bookie $6000 by midnight. In the hope that he’ll be tipped enough to cover the debt in time, Stretch takes a job chauffeuring an eccentric billionaire (Chris Pine, in an uncredited role) on a crazy, drug-fueled adventure through Los Angeles.

The plot has a few more moving parts than that but Stretch is essentially about its title character being thrust into a surreal situation filled with silly danger and over the top characters. It works well thanks to Wilson’s acting and an entertaining script.

Wilson plays Stretch as a straight man with a calm demeanor and a sarcastic wit delivered with perfect dryness born from the character’s depression and bleak outlook on life. At times his nonchalance is slightly reminiscent of The Dude from The Big Lebowski, to the point that it feels like Carnahan is cribbing from the Coen Brothers a bit. But it works well in the construct of this movie and Wilson helps mold Stretch into a well-rounded character through his performance. 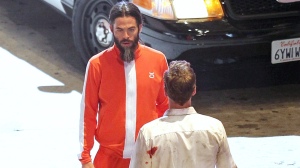 Chris Pine’s zany antics, matched with Wilson’s reactions, give the movie a well-balanced ebb and flow. However, this movie isn’t a buddy picture. Instead, Pine’s presence is dictated by whether or not the plot needs him. This frees Carnahan to explore Pine’s performance and energy to its extreme without centering the movie on Wilson and Pine’s characters’ chemistry. Pine is utilized when the comedy needs a punch in the arm and the effect works every time.

The movie comes with an underlying satire of Hollywood culture woven throughout it. This subtext is pretty heavy-handed in the first act but thankfully gets downgraded to atmosphere-building status once Pine is introduced. There are a few cameos in the beginning of the movie that are a bit on the nose and too reliant on shock value of the performers rather than being inherently funny. Once the core plot is introduced, however, these issues are instantly resolved.

Jessica Alba plays Charlie, Stretch’s dispatcher at the limo service. The movie takes certain stereotypical liberties with her character, most notably doing a haphazard job of downplaying her attractiveness. I wasn’t bothered too much by it, though. In fact, I simply chalked it up as being another point of Hollywood parody for Stretch. Whether intentional or not, it was easy to brush past it. Like Pine’s billionaire, Charlie is called upon when needed and doesn’t interfere with the fun antics that Stretch goes through.

In any other movie these examples of lackadaisical character development in the supporting roles would be disastrous to the final product. However, Stretch establishes its protagonist as a nihilist loner in the opening scenes. Through well-placed voiceover narration and the occasional appearance of Ed Helms (as a deceased limo driver/figment of Stretch’s subconscious), the movie delivers a three-dimensional character without need of cluttering his simple arc with supporting characters. 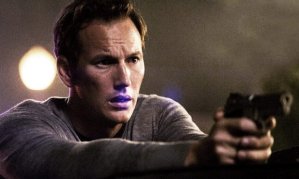 I know it may sound like I’m giving Stretch too much credit and letting the movie off easy with an egregiously misfired basic narrative structure; but that’s not the case. Carnahan creates in Stretch a bizarre world that’s brought to life through its extremely likable main character. The trade-off of a few one-dimensional supporting characters for one three-dimensional protagonist doesn’t devalue the tone or overall style of the movie. Patrick Wilson brings enough charisma to carry Stretch through its inoffensive shortcomings.

Where Stretch falters the most, however, is in a ham-fisted “fate versus nihilism” theme that feels out of place in this particular movie. It brings the character of Stretch and his arc full circle, but the movie didn’t need it spelled out so plainly and with so much emphasis. Where the Hollywood culture subtext became supportive of the movie, the fate angle felt a little overbearing in context of the goofy tone of the film.

Above all else, Stretch is simply a fun romp through one man’s night of absurdity while facing a ticking clock. The movie’s lackluster attempt to include a philosophical element to the story drags it down slightly. But the energy of the more broad comedy fused with the absurdity of the action makes Stretch a very enjoyable movie that’s definitely worth watching.

Worth a Trip to Red Box – May not be worthy of your home collection, but worth the effort it takes to travel to your nearest Red Box kiosk.