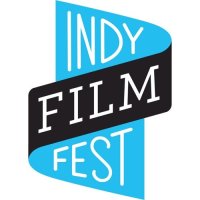 Saturday was Indy Film Fest’s “best of” screenings, which featured screenings of each of the festival’s winning shorts and features in their respective categories. Fortunately for me, one of the movies I wanted to see most of all this year, Charles Hood’s Night Owls, won best feature in the American Spectrum category. This gave me the opportunity to see it as the other screenings conflicted with my schedule. As an added bonus, it was paired with the “Best American Spectrum” short film, Michael Goode’s The Answers. Below you’ll find my review of both. Of course, you can find all of my Indy Film Fest coverage here. 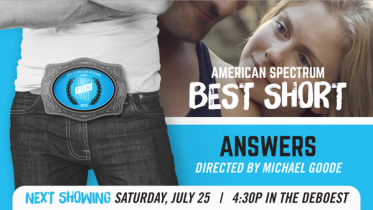 The answers he receives range from hilarious to overall satisfactory as Lissing’s charming performance brings levity to the final moments of a dead man’s consciousness. However, when the answers start showing him images of a girl from his past (Rose McIver), Nathan’s mood alters and The Answers becomes a powerful story about missed opportunities and the fleeting nature of human connection. This short film was a moving experience for me and made me hopeful that I’ll see more of Michael Goode’s work at some point in the future. 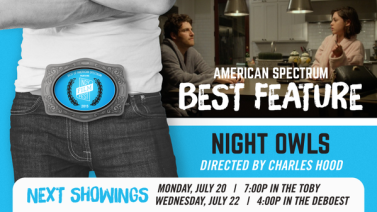 After waking in the middle of the night following a drunken one-night stand, straight-laced Kevin (Adam Pally) discovers that the house he’s in is actually that of his boss and mentor, Will (Peter Krause). Further complicating the situation, Kevin discovers the woman he’s just slept with, Madeline (Rosa Salazar) is a jilted ex-mistress of Will who just ingested a bottle of Xanax in the bathroom. Now Kevin must keep Madeline awake throughout the night so that she doesn’t die.

Night Owls takes its comedy premise and sculpts an impressive vehicle for its two leads. The chemistry between Pally and Salazar is wonderful as their characters fight through sudden animosity toward each other before finding a common ground. Pally dutifully rides the fine line between aggressively angry and somewhat timid politeness. This dichotomy he strikes within the character leads to a terrific payoff for the arc by the end of the movie.

Likewise, Salazar is phenomenal as Madeline. From the outset, she’s depicted as the “crazy lover” archetype. As the movie progresses however, the truth about her relationship with Will unfurls and she becomes not only sympathetic, but endearing as well. Once Madeline and Kevin realize they have something in common in the way they approach their respective relationships with Will, Night Owls pits its characters on an introspective journey where they both come to terms with the way they idolize and idealize this one person in their life.

Tony Hale and Rob Huebel appear in brief but memorable supporting roles. Hale plays a doctor who comes to Kevin’s aid early in the movie. It’s almost a thankless role, as he pops in to essentially establish the conceit of the main plot. But the way Hale’s dry but somewhat frantic delivery plays against Pally’s panic in their scenes leaves a lasting impression. Huebel has more of a role as he plays Peter, a colleague of Kevin who impresses upon our leading man how dire of a situation they are in. Huebel’s calm, authoritative demeanor informs the theories about the cultish idolization of Will espoused by Madeline later in the movie.

The way the movie frames the evolution of Kevin and Madeline’s relationship around the juxtaposition of each character’s love and hero-worship of Will gives way to a surprising emotional journey for the pair. It’s the characters’ growth from one night lovers to enemies to what they are by movie’s end that seals Night Owls as a highly enjoyable view of a man and a woman in a nightmare that breeds catharsis for both of them. 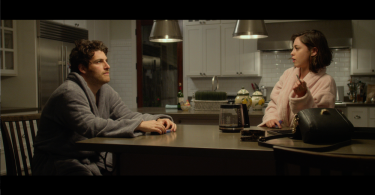