Unbreakable (2000) Premise: An ordinary man makes an extraordinary discovery when a train accident leaves his fellow passengers dead—and him unscathed. The answer to this mystery could lie with the mysterious Elijah Price, a man who suffers from a disease that renders his bones as fragile as glass. It may be easy to forget that M. Night Shyamalan’s follow up […] 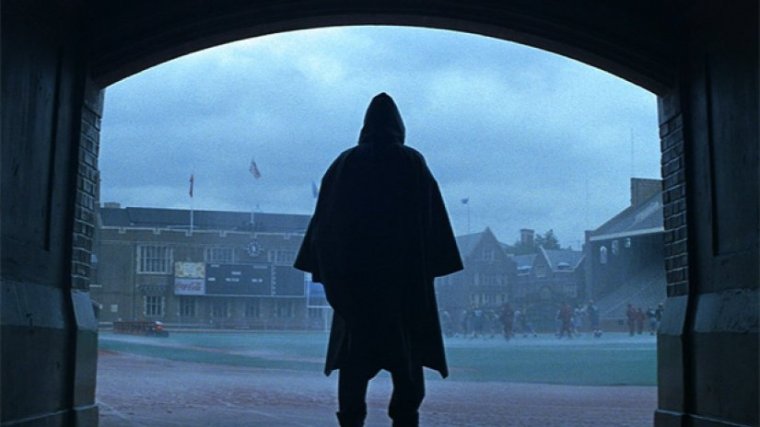 Premise: An ordinary man makes an extraordinary discovery when a train accident leaves his fellow passengers dead—and him unscathed. The answer to this mystery could lie with the mysterious Elijah Price, a man who suffers from a disease that renders his bones as fragile as glass.

It may be easy to forget that M. Night Shyamalan’s follow up to his breakout hit The Sixth Sense came at a time when the vast majority of comic book movies were poorly made garbage to sell merchandise. But before Christopher Nolan really changed the game with The Dark Knight Trilogy, Shyamalan made a grounded comic book movie that was, at its heart, a love letter to comic books themselves and the storytelling within that medium. Underappreciated in its own time, Unbreakable went onto attain cult status and still holds up to repeat viewings to this day.

Unbreakable builds upon and evolves Shyamalan’s skills that were on full display in The Sixth Sense. We’re not beaten over the head with visual clues and cues toward the big reveal at the end of the movie like The Sixth Sense‘s overuse of the color red in just about every frame. Instead, Unbreakable is much more patient than Night’s previous film. David Dunn is a stoic figure who doesn’t seem that affected by the train derailment. But it’s not due to survivor’s guilt or some misplaced masculine posturing. Simply put, it’s because he’s listless. He doesn’t have a purpose in his life and never has. His journey throughout Unbreakable is one of self-discovery, self-reflection and also reconciliation when it comes to his wife (Robin Wright).

David’s arc through the movie and how it impacts his home life shows Night’s growth as a storyteller when compared to the troubled marriage subplot of The Sixth Sense. In that movie, Bruce Willis’ character is coming to terms with himself and his relationship in a different way. The problem is that the subplot was 100 percent pigeonholed by the movie’s twist ending. When it comes to The Sixth Sense, Night does a respectable job juggling the depiction of a strained relationship and the twist ending. But with Unbreakable, the relationship drama is not weighed down by any tricks in the movie’s storytelling. This affords Night to develop the relationship plot a lot more this time around. And when that plot line reaches its conclusion with the line “I had a bad dream”, I had chills. It’s really well done.

Of course, it helps that Samuel L. Jackson is stupendous here. He plays Elijah as a fragile, yet socially unhinged character and he plays it beautifully. The scene in which he is selling the comic book art to a customer is magnificent. The passion, admiration, and not so subtly cynical tone with which he describes what makes the piece so beautiful is so infectious. The ideas of obsession and passion as embodied by Elijah’s high regard for comics are represented so well in this movie. And on top of that passion, in parts Unbreakable feels like a comic book come to life. Night purposely frames scenes (in particular, David’s entrance to the train station) so that they appear like they belong in a comic book. The use of muted colors in the costuming of everyone around David, except for a few vibrantly displayed people, feels like it belongs in the pages of a comic book. It’s beautiful.

Unbreakable is so earnest in its admiration of comic books and that is really part of the charm for me. Elijah delivers a monologue positing that comics are our culture’s last link to ancient forms of storytelling and that it’s an important artform. Of course, this is a wonderful sentiment that is somewhat dampened by his sales pitch that David is an indestructible super hero. But the heart is right there in that monologue and even today, I don’t think I’ve seen that level of reverence displayed for the comic book medium itself in a movie.

Maybe it’s because we are so inundated with the modern comic book movie formula, but every viewing of Unbreakable feels fresh and unique. It’s a thriller, it’s a mystery, it’s a heroic origin story, and above all else, it’s M. Night Shyamalan at his best.