Despite its flaws, Son of Frankenstein still manages to be a more than worthy entry in the Universal Monster canon and an acceptable continuation of the Frankenstein story. 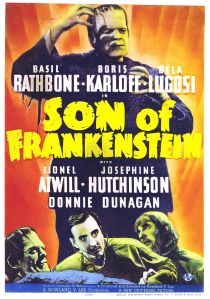 Premise: One of the sons of Frankenstein finds his father’s monster in a coma and revives him, only to find out he is controlled by Ygor who is bent on revenge.

The film is a perfectly adequate sequel that fails to reach the height of greatness that was achieved by its predecessors. Son of Frankenstein does serve as the introduction to the timeless character of Ygor, but it really takes its time establishing him as a major player in the piece. Ominous shots of Ygor hiding in the shadows, only coming into the light to all but break the fourth wall, are intriguing by themselves but rendered redundant as the first act of the film relies a bit too much on the technique to generate tension.

Something that Son of Frankenstein hits right out of the park is the characterization of its titular character. From his first scenes, Baron Wolf von Frankenstein is portrayed as a naive man, ignorant of just how much of a plague his father unleashed upon the village. Our introduction to Wolf and his family shows him speaking with gleeful excitement over inheriting his father’s estate, only to have his hopes shattered. Confronted with his father’s legacy, it’s no surprise that he rationalizes committing the unthinkable, thanks to persuasion from Ygor.

It’s what sets Son of Frankenstein apart from the previous films. Not only is the Baron conflicted about repairing his family name, his feelings toward the Monster (Boris Karloff) are complex as well. As Ygor points out to Wolf, the Monster isn’t just his father’s doomed creation. The Monster is Wolf’s brother. The warped sibling dynamic coupled with the obligation Wolf feels toward his father’s legacy creates in Son of Frankenstein a welcome pathos.

As has been the case with the previous Universal Monsters movies, Son of Frankenstein includes a plot thread involving the authorities. Inspector Krogh (Lionel Atwill) proves to be an integral part of the plot’s momentum. The reveal of Krogh’s backstory involving the Monster is one of the high points of the film. It is paid off well later in the film when Krogh is confronted by his fear in the face of Peter’s account of seeing the Monster.

Despite the strength of the Krogh, the film still struggles with balancing its characterization with an engaging story. Although the pieces are there for a worthwhile and visceral take on the mad scientist and his creation motif, Son of Frankenstein ultimately feels unfocused and noncommittal when faced with exploring its themes. Ygor is a strong foil for the Baron and the film does come together nicely enough in the end. However, it’s the narrative pace of the film’s middle section that feels wholly unfocused and directionless. It takes a long time for the plot to start moving and when it finally does, it leaves a sour taste. The late momentum of the plot makes the pace feel uneven and the overall film disjointed.

Son of Frankenstein does still manage to advance the lore of Mary Shelley’s iconic monster in a way that, to its credit, does not rehash old plot points or depend upon its iconography. Although one wishes the film had gone deeper with its themes of legacy and the burden of living in someone’s shadow. Despite its flaws, the film still manages to be a more than worthy entry in the Universal Monster canon and an acceptable continuation of the Frankenstein story. 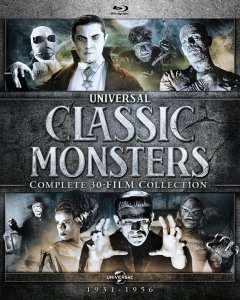