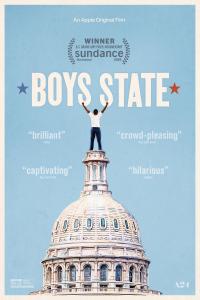 Premise: A thousand 17-year-old boys from Texas join together to build a representative government from the ground up.

In a sense, Boys State acts as a document of the political climate of today. It shows the passion and fervor of those who seek elected office while also showcasing the lengths to which people will go to win; whether it’s in the name of their political party or if they are seeking office for themselves. The fact that this depiction of our democracy is filtered through the perspective of 17 year old boys creating a mock government over the course of a week gives Boys State a prescient energy. Seeing the potential next generation of politicians navigate an ultra conservative group and play to the whims of the general populace helps peel back the curtain on the democratic process while also exposing the less savory aspects of the political machine.

The documentary follows several kids as they work through the mock political process to pass legislation and elect a governor. The stand out of the kids was by far Rene Otero, the more liberal-minded party chairman who has an exquisite talent for shutting down his political opponents with clever retorts. When calls for his impeachment lead to a paltry twelve votes, Rene slyly suggests those who supported the motion should consider forming an intramural basketball team.

The boys are divided into two political parties, the Nationalists and the Federalists. The most compelling subjects of the documentary belong to the Nationalist side. The Nationalists have two subjects who vie for their party’s gubernatorial nomination. Robert MacDougal and Steven Garza.

Robert is a boisterous and confident politician who seems to have no trouble getting the signatures needed to be on the ballot for governor. Whereas Steven is a quiet and more reserved candidate, seeking to listen to constituents’ viewpoints so as to better understand those he hopes to govern. The race for the nomination is a surprisingly nail-biting one in and of itself. And it’s not until Steven gives his first speech that the documentary truly finds its protagonist.

The camera follows Steven as he quietly gains his signatures. He speaks eloquently, yet infrequently. This paints him as a reserved and nervous person seeking something he may not believe he should attempt. However, those assumptions are shut down as he delivers his speech to his party announcing his candidacy. This outburst of confidence and energy is a brilliant parry to Robert’s loud confidence we had seen up to that point. It makes for a very thrilling ride in the documentary.

The race between Steven and Robert is also marked by sobering realizations about what fuels the political machine. Not only are compromises essential in governing, but one particularly evocative revelation comes in the form of one of the subjects candidly revealing he holds the opposite political belief than the one he just passionately supported in a speech. It’s a common practice known to most everyone regardless of your interest or involvement in political discourse. Yet, to see it utilized so matter of factly by a 17 year old, with his own political future ahead of him, shows how the gamification of politics and the two party system feel like a disservice to individual ideals and opinions.

As thrilling as the race between Steven and Robert for the Nationalist gubernatorial nomination was, the actual race for governor of Boys State brings out the darkest truths about our political process. Through smear campaigning and memes on social media, the governor race in Boys State reflects our real life closer than you might expect. What makes it slightly distressing is that the film doesn’t show us the hard-fought campaigns with any objection. Instead, tactics that may seem underhanded or out of line are presented as the status quo of our political system. Seeing them used in a mock setting by kids with their political futures ahead of them is as much an indictment of our political climate as you’ll find in Boys State.

The passion for politics that resides within the kids of Boys State is inspiring. Despite the majority of them holding political ideologies that this reviewer adamantly opposes, there’s a tinge of hope that permeates through Boys State. In it, we see kids who are passionate about government and passionate about the political process with a fire that most people don’t seem to possess until they’re much older, if ever. There’s a certain amount of comfort to be found in the idea that the next crop of political minds who will run the country will do so with at least some semblance of competence. 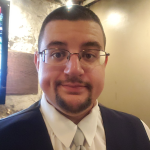