King Kong maintains itself as a strong early example of both an adventure film and a monster spectacle picture. Though the effects are as dated as one would expect from a film from its era, there’s more substance to King Kong than meets the eye. 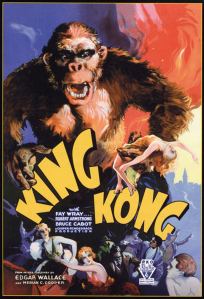 Premise: A film crew goes to a tropical island for an exotic location shoot and discovers a colossal ape who takes a shine to their female blonde star. He is then captured and brought back to New York City for public exhibition.

There’s no doubt that the eponymous Kong’s rampage through New York City at the end of the classic 1933 film King Kong is iconic. For a movie that’s almost 90 years old, the effects in King Kong hold up surprisingly well. Sure, they look dated and the stop motion work is a bit awkward, but the scope and scale of the movie itself is still breathtaking even today.

However, it’s not the New York City climax that makes King Kong such an effective monster movie that still resonates today. The wonderful sequences on Skull Island rival the film’s climactic moments in scope and delivers some very thrilling set pieces. The wide shots that use perspective to show the scale of Kong and the dinosaurs on the island in relation to the humans still look incredible and make the set pieces really gripping.

Looking past the spectacle at play in King Kong, the film comes with a plethora of unique readings that sadly still have their place in our present day cultural conversations. The movie follows rich people desecrating land that is not their own and capturing a creature whom the indigenous people deify specifically to turn a profit making the creature a piece of entertainment. The displays of arrogance and greed as it relates to a loss of compassion is a well that’s very much worth revisiting on repeat viewings. For now, it helps lead us to a satisfying and heartbreaking conclusion in the film.

At the forefront of the story is Carl Denham (Robert Armstrong), a wildlife filmmaker who’s known for never shying away from danger in pursuit of one perfect shot. He convinces young actress Ann Darrow (Fay Wray) to accompany the crew as the bait (-thing beauty, the… bathing beauty. Ah, I covered that up nicely) and, of course, disaster ensues. He seeks Darrow out because that’s what the audience wants. They want romance and women in their pictures. These moments of blatant disregard for people’s safety embarking on this adventure and the pressures of the creative (and maybe dangerous) mind help give King Kong extra dimensions from which to watch the danger unfold.

Skull Island’s set design uses detailed backdrops to show the height of the wall containing Kong. In particular, the gate where the tribe perform their ceremony to sacrifice their “bride of Kong” to their God really pops on screen when framed behind the indigenous people’s tribal ceremony. Since the film’s stop motion animation in the monster set pieces are only as good as the technology of the time, the detail in the set design and locations tend to attract more attention.

Although the iconic New York City rampage is brief in the grand scheme of things, the close environments and spectacular shots of Kong taking humans from their homes pays off all that the movie sets up beforehand very well. The presentation of Kong as the 8th wonder of the world to a crowd of well-dressed, affluent people in New York City brings the story home in a satisfactory way. The connection between Ann Darrow and Kong coupled with Carl’s iconic final line of the film gives the “beast” an unexpected dimension and tragic appeal.

As King Kong inches ever closer to its centennial anniversary in 2033, it continues to age well. It maintains itself as a strong early example of both an adventure film and a monster spectacle picture. Though the effects are as dated as one would expect from a film from its era, there’s more substance to King Kong than meets the eye. This film undoubtedly paved the way for many monster adventure films down the road and the legacy of Kong as a character has left an indelible mark on pop culture itself. It’s a mark that will surely live on for many more decades to come. 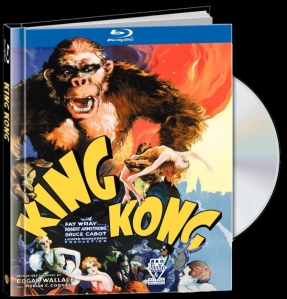