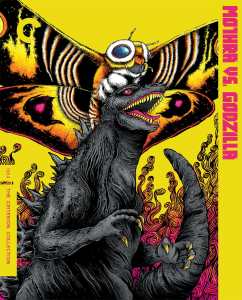 Premise: A typhoon washes ashore a gigantic egg. It’s soon claimed by greedy entrepreneurs who refuse to return it to its rightful owner, Mothra. Soon Godzilla arises near Nagoya, washed ashore by the same typhoon.

In the aftermath of an intense typhoon, an enormous egg and a strange, radioactive piece of debris are discovered. Capturing the attention of Japanese citizens, the objects naturally kick off a tale of greed and a gargantuan fight of finders vs keepers. It all leads to a fight for the ages as Godzilla takes on Mothra!
END_OF_DOCUMENT_TOKEN_TO_BE_REPLACED 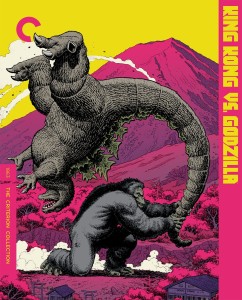 Premise: A newspaper and television station funded by a pharmaceutical company want a sensation, which happens to be the discovery of King Kong on an island. He is captured and brought to Japan, where he escapes from captivity and battles Godzilla.

The US version of King Kong vs Godzilla is certainly a less piecemeal repurposing of its Japanese original than Godzilla, King of the Monsters was to 1954’s Godzilla. Instead, the film plays into the spectator sport aspect of this monumental confrontation. Bringing Godzilla into color film and taking Kong to Japan to do battle with him, King Kong vs Godzilla, while over the top in its silliness at times, provides a worthy payoff to the hour (and then some) of set up and contrivances to get these two monsters to duke it out. END_OF_DOCUMENT_TOKEN_TO_BE_REPLACED

Godzilla: King of the Monsters takes all the nuance out of Godzilla (1954) and throws in Raymond Burr’s awkward and stilted as all hell Steve Martin character. It’s maybe a little reductive to say this version of the original film is completely unnecessary. But it’s true. King of the Monsters feels so ridiculously hollow and dry  that it makes it very difficult not to view it as an affront to the 1954 original. It relies on Burr’s character narrating the story to us in order to make it at least appear to have some cohesion. But in the end it just feels like a dry voice performance recapping the original movie for US audiences.
END_OF_DOCUMENT_TOKEN_TO_BE_REPLACED 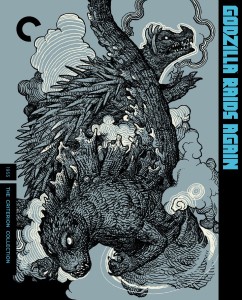 Premise: Godzilla battles an irradiated Ankylosaur and destroys Osaka in the process.

Released just six months after 1954’s original Godzilla film, Godzilla Raids Again is not nearly as well-executed and nuanced as its predecessor. However, there is a lot of fun to be had in this movie and, in at least one case, it actually eclipses the original.
END_OF_DOCUMENT_TOKEN_TO_BE_REPLACED 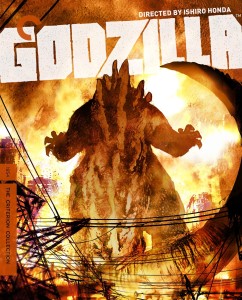 1954’s Godzilla is the beginning of film’s most massively iconic movie monster. It’s an introduction like no other as it focuses on the human reaction to Godzilla’s presence and destruction. With a slow build toward the rampage, the film explores real pathos in its characters. Godzilla creates the monster as an antagonist in a way that brings the fear of nuclear arms, humanity’s race toward self-destruction, and the horror of creating that which you can’t control to the forefront of its story. END_OF_DOCUMENT_TOKEN_TO_BE_REPLACED