Released just six months after 1954’s original Godzilla film, Godzilla Raids Again is not nearly as well-executed and nuanced as its predecessor. However, there is a lot of fun to be had in this movie and, in at least one case, it actually eclipses the original.

Premise: Godzilla battles an irradiated Ankylosaur and destroys Osaka in the process.

Released just six months after 1954’s original Godzilla film, Godzilla Raids Again is not nearly as well-executed and nuanced as its predecessor. However, there is a lot of fun to be had in this movie and, in at least one case, it actually eclipses the original.

The film’s focal characters are two fish spotting pilots who find themselves up close and personal with Godzilla and a new monster, an irradiated Ankylosaur referred to as Anguirus. Kobayashi (Minoru Chiaki) is a fun-loving pilot who’s close friends with Tsukioka (Hiroshi Koizumi) a man who is in love with his boss’s daughter, Yamaji (Setsuko Wakayama). Although their plot lines feel somewhat slapped together, their dynamic was not without its charms and helped ground the film a bit. To the film’s credit, there is some solid character development that plays out between Yamaji and Kobayashi that gives the film its best chance at elevating itself above simple B-movie monster flick. But it isn’t enough to make Godzilla Raids Again stand out at the story level, unfortunately.

Takashi Shimura reprises his role of Yamane from the first movie. However, it is simply a glorified cameo that exists to dump exposition and show silent footage of the Tokyo sequence from the original. Yamane doesn’t retain any of his spectacularly nuanced characterization from the first film. Instead, he’s just telling a boardroom of people that it is impossible to kill Godzilla. It’s a thankless appearance by one of the brightest points of the original movie.

As for the sequences involving Godzilla and the introduction of Anguirus, the movie does a fine (if brief) job. The fight in Osaka and the ensuing destruction is the closest the movie comes to being on the same level as the original. In fact, some of the model work and building destructions actually eclipses the original’s effects. But it lacks the substance that I loved so much about the original movie.

A lot of the film’s build up toward the Osaka section is comprised of preparation and organization. It’s refreshing to see the story build off of what was learned in the original movie. However, there’s a bit of a Rube Goldberg device setup to get the monsters into Osaka for their big fight. I appreciated that the preparations were effective, but there’s an extensive chase sequence that feels out of place until it becomes integral to getting the monsters ashore. Until then, it almost feels like a different movie altogether.

The fight in Osaka feels like it occurs fairly early in the film’s runtime. It’s more likely at the halfway point of the movie’s 81 minute runtime. However, showing the destruction and kaiju action relatively early in the movie creates a vacuum of action in the third act. In fact, the climax of the movie has little bearing on Godzilla as a threat. Some characters’ actions are somewhat confusing and the plan to take down Godzilla is shaky at best. Despite those issues, Godzilla Raids Again marks a noticeable improvement over the original film in the way it shoots airplanes flying and in combat. Some of the action at the end of the movie involving planes was very solid.

Godzilla Raids Again was never going to reach the heights of its predecessor. With such a short production time frame, it was bound to lack the social commentary and science-based drama that made the first movie so brilliant. Those caveats aside, Godzilla Raids Again is a passable sequel to a monster classic. The effects are solid and the story has its own respectable moments. Introducing a new creature to the canon makes me eager to discover more as I continue exploring this franchise. 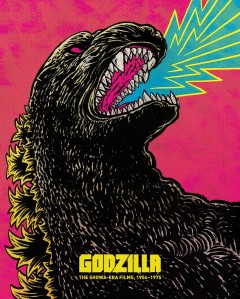