EDITOR’S NOTE: Tiny had a really impressive movie watching year in 2014 and to commemorate it, he wrote a massive blog post about it. Here it is in all its glory. Of course, be sure to follow Tiny on Twitter @ObsessiveTiny and check out his side project podcast: The Secular Perspective. My 2014 Best & Worst Movies and Viewing Stats  Mike’s Best […]

By obsessivetiny Posted on January 7, 2015

Mike’s Best & Worst Movies of 2014 Tiny’s 2014 Cinematic Year in Review (365 Days, 366 Movies) January 1st is my favorite day of the year. It’s the day where I take all the “movie watching data” I’ve collected over the last 365 days and put it all into one file. Having started Obsessive Viewer in February 2013, last year was the […]

Christopher Nolan has a knack for taking a genre and creating something unique and fresh out of it. Batman Begins offered an intense and gritty comic book origin story. The Dark Knight was a crime thriller set in the Batman universe. Inception was a heist movie in a sci-fi dream world. And Memento was a noir revenge movie that put the […] 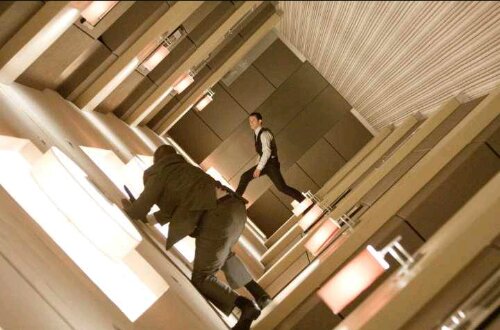 Editorial: Is Christopher Nolan’s Interstellar Being Positioned for the 2015 Oscar Race?

A few years ago, two things happened. My alarm ringtone was changed to Mind Heist by Zack Hemsey (the music from the trailer for Inception) and I stumbled upon Interstellar’s IMDb page. At the time, Interstellar was one of many movies in line to be directed by Steven Spielberg. Those movies included War Horse, The Adventures of Tintin and Lincoln. […]