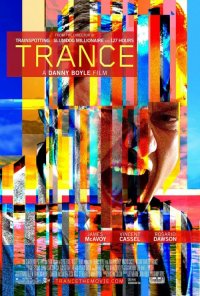 Danny Boyle is one of my favorite filmmakers working today and I’m very excited about Trance.

Trance’s tone looks like it’ll hearken back to Boyle’s earlier work. It’s worth mentioning this is his first film set in England since 2004’s Millions. It’s also a remake of a 2001 movie of the same name.