Director: Colin Trevorrow Writer: Derek Connolly Cast: Aubrey Plaza, Mark Duplass, Jake Johnson, Karan Soni What if you could go back in time and fix your past mistakes? What if you could prevent tragedy and heartache? I know if I could, I would want someone to travel with me. I might even put out a newspaper ad asking for a companion. That’s the […] 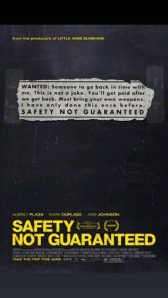 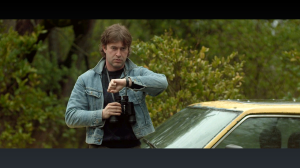 What if you could go back in time and fix your past mistakes? What if you could prevent tragedy and heartache? I know if I could, I would want someone to travel with me. I might even put out a newspaper ad asking for a companion.

That’s the central premise of Safety Not Guaranteed, the charming indie time travel movie starring Aubrey Plaza (NBC’s Parks & Recreation) and Mark Duplass (FX’s The League and 1/2 of The Duplass Brothers). When Kenneth posts an ad looking for someone to travel back in time with him, a magazine sends a journalist (Jake Johnson) and two interns to interview him. 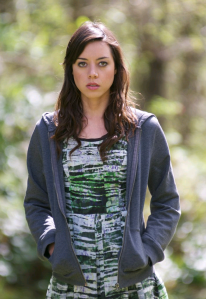 Aubrey Plaza plays Darius, the intern who starts to fall for the eccentric Kenneth. Plaza and Duplass have amazing chemistry on screen. Before Safety Not Guaranteed, I really only knew Mark Duplass from FX’s The League and a couple of movies he made with his brother, particularly Cyrus. While he’s quite good in The League, he’s a revelation in Safety Not Guaranteed. He portrays the character with a sweet vulnerability that makes it really hard not to root for him. There are moments where he snaps on Darius and it gives a glimpse of Duplass’ range as an actor without sacrificing our love for the character.

The script is poignant and charming without overdoing its “indie-ness.” There’s a subplot involving Jeff (Jake Johnson) reconnecting with a high school flame that provides a great balance to the movie’s central love story. Awkward intern Arnau (Karan Soni) keeps Jeff company while Darius gets close Kenneth for the sake of the story. The two have a good back and forth and provide some more traditional comic relief to the more dramatic humor of the movie’s main plot. Though Jeff’s subplot manages to find enough drama to warrant its own movie, I would say.

You’re not going to regret watching Safety Not Guaranteed. It’s a touching comedy that really showcases the talents of Aubrey Plaza and Mark Duplass. Thanks to the Jeff subplot, the movie plays out like two great indie movies fused together into one.

You can stream Safety Not Guaranteed on Netflix or buy the DVD or Blu-Ray on Amazon. You can also buy a digital copy through Amazon.

That does it for this week’s Streaming Saturday. Don’t forget to follow me on Twitter: @ObsessiveViewer for live-tweets about movies and shows I’m watching and keep up with the blog on Facebook for all the latest posts and blog news.