I’ve waited a couple days before writing and posting this review. I’ve been busy editing and prepping 2 episodes of the podcast for release this week. Shameless plug, if you’re a fan of Breaking Bad, you should check out our first of 3 special Breaking Bad episodes where we breakdown the show’s final run episode by episode. Now that that’s […] 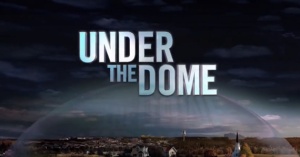 I’ve waited a couple days before writing and posting this review. I’ve been busy editing and prepping 2 episodes of the podcast for release this week. Shameless plug, if you’re a fan of Breaking Bad, you should check out our first of 3 special Breaking Bad episodes where we breakdown the show’s final run episode by episode.

Now that that’s out of the way, let’s get to Under the Dome, shall we?

I mentioned last week that I go back and forth with this show in terms of my general enjoyment of it. I thought last week was pretty good. This week….yikes. Where to start?

The opening scene featured a caterpillar in the minidome. It immediately struck me as the show trying a little too hard to tack onto a mystery that was already going reasonably well. When Joe pointed out the monarch butterfly connection, I had a sudden surge of disinterest. It’s possible this is wishful thinking, but the “monarch” that will be “crowned” seems to be (read: should be) referring to Big Jim and prophesizing his reign as boss of Chester’s Mill. This nonsense with the caterpillar and butterfly seems like a needless distraction.

To be honest, there wasn’t much good in this episode. It didn’t reach “Manhunt” levels of bad for me and at least it didn’t borrow from a show I cherish. Several things (including the aforementioned caterpillar) just didn’t gel with me.

The biggest and most obvious transgression the show took this week was the reveal of Max’s underground gambling/vice club. Where the hell do I start with this? The dialogue when Max brings Barbie there is the biggest issue I have with it.

I could base my entire review around the storm of annoyance this single line of dialogue provoked in me. First of all, 9 days. 9 DAYS. It has been 9 days since the Dome came down. It is hardly enough time for the townspeople to be so hard up for entertainment that they barter their supplies for illicit fun. I just don’t buy it.

This plot would have been better suited for season 2. One of my biggest problems with the show has been the town’s quick acceptance of their new reality. There is a wealth of story to be gleaned from characters simply investigating the strangeness of the Dome and the uniqueness of their situation. The kids are doing that well enough, but I feel like it should be a communal activity.

I said that I don’t buy the gambling and illicit fun the townspeople are having after 9 days. I was full prepared to mention Hurley’s golf course on Lost as an example of people at the mercy of mystery and trauma cutting loose at an appropriate time (late in the season). But I just looked it up and it seems Hurley made the golf course in episode 9 of Lost’s first season. Under the Dome actually held out an episode. Hmm.

I think the point still stands, somewhat, though. In Lost, Hurley made the course as a way for the survivors to blow off steam and put their troubled Island drama on hold. In Under the Dome, the underground club is a for-profit brothel of sorts. The townspeople are adding to their stresses by partaking in this game. I just don’t buy that characters would play that fast and loose with their supplies when they were just looting for supplies.

The second (and more limited) point I want to make about Max’s line is that it appears Chester’s Mill doesn’t have a library. Really, if your electronic entertainment time sucks are cut off, pick up a book and read for pleasure! But if we are to believe that books don’t ignite the imaginations of Chester Millers, there’s still the fact that people still had generators and cell phones to keep them entertained for at least the first day.

As for the actual scenes in the underground club, I was so annoyed I didn’t pay much attention to them. Barbie’s fight seemed like a cheap trick to attract a demographic that loves gritty Mike Vogel. It served the story by showing that Barbie refuses to be Max’s pawn but it left me feeling bored. 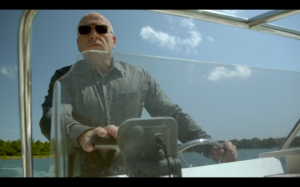 Big Jim’s story this week was a mixed bag for me. He headed to a mansion to track down Max’s leverage. There he met the gun-wielding mother of Max and the two had a chat.

It’s revealed that Agatha (Max’s mother) went to high school with Jim. The two discuss the “real” Chester’s Mill. That made sense. What didn’t make sense, however, was the incredibly lazy way Agatha was killed off. It wasn’t just lazy, it was hokey and, for lack of a better word, stupid.

Let me switch gears a bit and talk about the one or two things I actually liked this week. For starters, I still really like the small town setting of Chester’s Mill. I think the series being filmed in North Carolina really sets it apart from other shows.

Wow, that’s about it for things I liked. Really.

Junior had a big episode. The reveal of him being The Fourth Hand was a little, I don’t know, convenient. It also doesn’t seem to mesh with what we’ve seen so far. He didn’t have any visions or anything whenever he touched Angie. It just seemed a little easy for the writers.

Speaking of easy for the writers, talk about an anticlimactic Shumway reveal. I’m talking, of course, about Barbie coming clean about killing Julia’s husband. It comes at a time when Julia happens to find information that shows Peter intended for Barbie to kill him. As unforgivably convenient as that was, it came in an episode where Big Jim discovered the truth. Barbie coming clean completely negates the suspense of Jim finding out the truth.

This week’s review is getting longer than I expected and, frankly, I’m tired of writing. Dodee’s shocking minidome encounter could have led to a more suspenseful search for the fourth hand. Is Junior supposed to be more sympathetic now? It would work better if it wasn’t out of the blue and didn’t feel like hasty rewrites.

Despite that, the result of finding the fourth hand (the pink stars in the barn) was interesting. I don’t have the slightest idea where they’re going with it, though.

Ok. I’m going to sleep. Let me know what you thought of this week’s episode and tell me what you you hope to see in the season’s closing episodes.

Season 1 will be released on November 5th on DVD, Blu-Ray and a collector’s edition Blu-Ray set.