Last week’s Under the Dome was the closest the series has come to being what I hoped it would be before the series premiered. I went into this week’s episode hopeful that it would keep the momentum going. So did it? Read on to find out but beware. There are MAJOR EPISODE SPOILERS in this review.   Do you guys […] 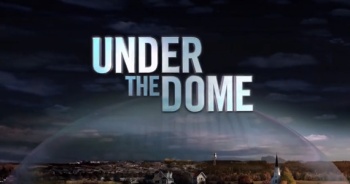 Last week’s Under the Dome was the closest the series has come to being what I hoped it would be before the series premiered. I went into this week’s episode hopeful that it would keep the momentum going. So did it? Read on to find out but beware. There are MAJOR EPISODE SPOILERS in this review.

Do you guys remember on Lost when people hallucinated the presence of loved ones off the island, a pregnant character gave birth, two characters found a mysterious object in a secluded, wooded area and then one character pleaded with the mysterious object after someone died, to which the object responded with light? Good stuff, right? Well, enough about Lost.

Let’s get onto Under the Dome.

This week in Chester’s Mill, a pregnant woman had a hallucination of her husband outside of the Dome, Joe and Norrie found a mysterious mini-Dome in the woods and then (after the death of one of Norrie’s moms) she begged the Dome for answers, which triggered a strange effect on the mini-Dome involving lights.

I was very vocal before the series premiered that this show could easily be the next Lost. I meant this in a figurative way. I wanted the series to carry on the serialized, character-driven mystery that made Lost so popular. I didn’t want Under the Dome to rip off the series I love so dearly, though. Did anyone else notice this? I know I’m not crazy.

Lost comparisons aside, I had a surprisingly hard time getting into this episode. The Lost connections just made it more difficult. For starters, the scene with Junior and Big Jim threw me off. I could begrudgingly get on board with the whiny lovelorn Junior; but this “No dad, don’t take my toy away” annoying Junior was working my nerves after only one scene.

This week we were introduced to Harriet, the pregnant Navy wife whose husband was overseas when the Dome came down. She’s Julia’s neighbor and after awkwardly cutting Barbie and Julia’s morning pillow talk short, she saw her husband in the street. She reached out to him, only to touch the Dome and go into immediate labor.

This development raised a ton more questions about the Dome’s intentions. I loved that about this episode. The Dome clearly has its own intentions and I am connecting to that part of the plot more than anything else in the show.

A close second is the power struggle between Ollie and Big Jim. This episode was a great continuation of that plotline. I really hope Ollie doesn’t go away anytime soon. Shanghaiing the propane stockpile is a surefire way to shorten his time though.

Seeing Big Jim get the rug pulled from underneath him and then respond in kind was a great demonstration of power. Not to mention, killing the guard was a great power play that managed to keep Ollie in play. I’m looking forward to seeing where that leads. 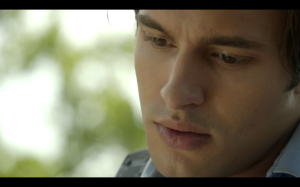 Junior executing the remaining Dundee brother was pretty satisfying, although it was very expected. It would have played slightly better if there wasn’t the one line in the car with Linda where he questioned why they couldn’t just kill them. It works, though, since he blatantly disregarded the sheriff’s orders. I kind of wish there was a follow up scene this week with those two. 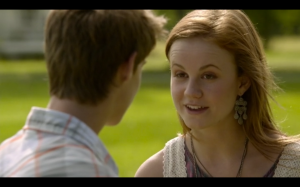 Joe and Norrie troubleshooting their Dome-given “superpowers” spoke to the part of me that’s still an awkward teenager. I laughed when Joe hinted at having sex and then compared the Dome to an atom and the possible power source as the nucleus. Yeah Joe, that’ll get her hot.

Joe and Norrie’s discovery in the woods was very interesting. Lost comparisons aside, the mini Dome covering the mysterious egg brings to mind the series’ opening shot of a bird emerging from an egg and flying away. At the time, I assumed it was supposed to be a metaphor for the town eventually breaking free from their prison. An egg literally being linked to the Dome changes that considerably.

Is Harriet’s baby the big Dome’s version of whatever is in the egg? I assume she is an important part of the mystery, so why would they wait 7 episodes to introduce her? The birth scene was okay. It’s 2013 though, so the “emergency baby delivery” TV trope is really tired.

From the look of things. I think baby Alice is going to give Big Jim and Junior a run for their money. Mere moments after she was born, she killed someone. Alice’s heart attack was handled well until she gasped the word “heart.” I’m just not a fan of such unnecessary dialogue.  Her last scene with Norrie was pretty good though. Mackenzie Lintz’s acting is pretty hit or miss this season. She did fine in this episode, though.

Finally, my biggest grievance with the episode was Norrie pounding her hand against the Dome wall. When she screamed “Just tell me what you want!” I literally paused the show and yelled “Are you kidding!?” The reason, of course, being due to its uncanny resemblance to the iconic (spoiler-free, for the most part) Lost scene below.

The episode wasn’t as good as last week for me. But there was a lot of stuff to enjoy despite some personal issues. The final shot of the lights floating to the top of the egg have me very intrigued.

If the Dome revives Alice, it could set up a very interesting dynamic. Big Jim and Ollie’s fight for power would be second fiddle to the mysterious, godlike structure. The town would worship the Dome. It could be amazing.

Then again, next week the residents of Chester’s Mill could find themselves under attack by a pillar of black smoke. 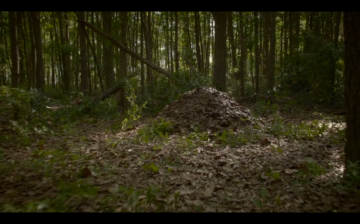