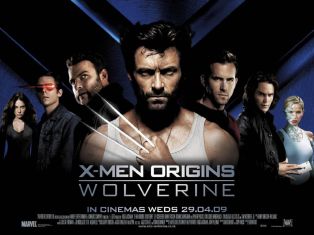 Oh boy. Now it’s time to review X-Men Origins: Wolverine. This was my first time seeing this movie. I was so scarred by The Last Stand that I took a sabbatical from the franchise. Even if I hadn’t, the overwhelmingly negative word of mouth that this movie received didn’t exactly sway me into a seat at the theater. 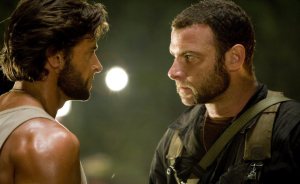 The thing that really struck me about the opening sequence was my lack of knowledge about the production of this movie. Seeing David Benioff‘s name listed as a co-screenwriter made me feel a little at ease. I, like a lot of people, am a big fan of Game of Thrones and I’ve also championed his Edward Norton vehicle 25th Hour. His name attached to this dreck made me hope that maybe I was in for a surprise.

This movie just isn’t very good as a movie or as a comic book movie. For starters, it’s gravely disrespectful to the comic book fanbase (I imagine). The movie is called X-Men Origins, yet the origin story this movie gives Logan is heavily retconned. Why are Wolverine and Sabretooth half-brothers? If it were the first movie in the franchise, I could understand some artistic license being employed (as ridiculous as it would have been). Tying their backstory in such a personal way in the fourth movie of a franchise that already featured this characters is just lazy writing. 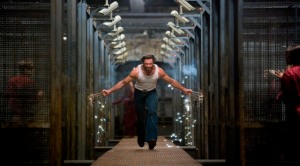 I’ll forgive the lack of continuity and focus on the actual movie, though. It shows Wolverine’s life before X-Men and his early dealings with William Stryker (Danny Huston) and Team X. Notably, the movie focuses on Wolverine’s rocky relationship with his half-brother Victor Creed/Sabretooth (Liev Schreiber).

A passable movie could have been cobbled together with that premise. Sadly, though, a poor and apparently hastily written script provided the blueprint for uninspired director Gavin Hood. The movie also really makes you wonder how much of the budget was set aside for special effects. The visuals look absolutely horrible, especially whenever Wolverine extends his claws.

The performances are only as good as the script, for the most part. Hugh Jackman is the best of the bunch but this is also his fourth go of the role. He knows the character and knows how to play him. Even still, at times he seems bored. Or maybe I’m just projecting my feelings toward the movie onto his performance. 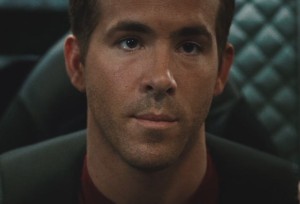 The rest of the cast is pretty unremarkable across the board. As a Liev Schreiber fan it pains me to say that he’s a bit hammy and forgettable in his role as Sabretooth. The rest of Team X is pretty bland. Ryan Reynolds is good as Deadpool, but really brief. Lost alums Dominic Monaghan and Kevin Durand are pretty hollow.

Will.i.am is given more lines than the rest of the team but his character is relegated to a clichéd sidekick role. Daniel Henney rounds out Team X as he plays Agent Zero. Considering the fact that there’s only one “Team X” sequence in the movie, it shouldn’t surprise you that I almost forgot about Agent Zero.

Danny Huston’s performance as a young William Stryker is pretty okay. With another script, he would have flourished in the role. It’s sad to say that his arc as Stryker is just about the only thing I genuinely liked about the movie. Even still, the only reason I liked it was that it tied the movie to X2. 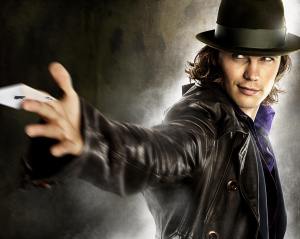 I should also mention Taylor Kitsch playing Gambit in this movie. Gambit was a prominent figure in the cartoons that I watched as a kid. It was recently announced that Channing Tatum will take on the role in a forthcoming spinoff movie and be introduced in 2016’s X-Men: Apocalypse. While I do like that bit of casting, seeing X-Men Origins’ depiction of Gambit makes me wish Taylor Kitsch would have reprised his role.

I may catch some flak for that. Maybe. But I am a bit of a Taylor Kitsch apologist. I loved his performance in the latter seasons of Friday Night Lights and thought he carried the disaster of Battleship very well. I feel like he’s really deserving of a big role in a quality project.

Kitsch is fine as Gambit. In fact, he’s actually good and his chemistry with Jackman is respectable as well. He’s just the victim of appearing late in a movie that had already lost the battle for my attention.

Overall, X-Men Origins: Wolverine is really dull and formulaic. When the Team X prologue (which should have been far longer) was done, I was left frustrated wondering why Sabretooth and Wolverine were at odds. It’s eventually revealed but it just wasn’t anything I cared about.

When the credits rolled after a long, arduous climactic fight scene (set against some of the worst green screen effects I’ve seen since Roland Emmerich‘s 10,000 B.C.) I was left with two thoughts. 1) I can finally go to sleep! And 2) Was this worse than The Last Stand?

If you read yesterday’s review of Brett Ratner’s disastrous take on the franchise, you’d know how strongly I feel about X-Men: The Last Stand’s lack of quality and overall disrespect for the franchise. Compared to this entry, however, The Last Stand isn’t so terrible.

That’s right, X-Men Origins: Wolverine makes The Last Stand look not horrible. Now that I know that, I’m thankful I will never have to see either movie again.