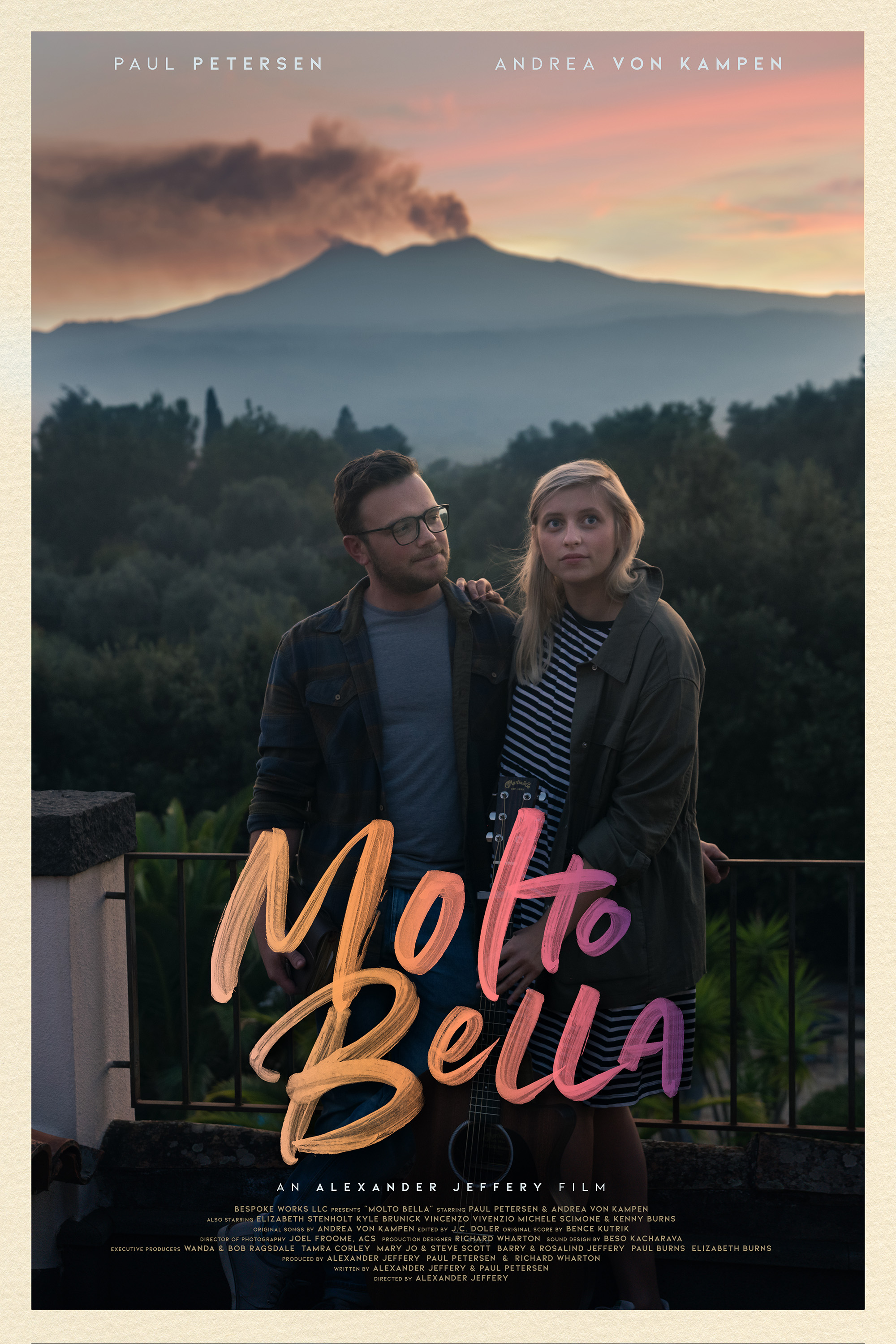 Premise: In the Sicilian town of Taormina, Italy, an aspiring poet in search of inspiration meets a folk singer trying to write a follow up to her breakout hit.

I’ve always heard the term “mumblecore” thrown around, but have never entirely understood what it means. A quick google search reveals that mumblecore is typically characterized by naturalistic acting and dialogue, with an emphasis on dialogue over plot. After watching Molto Bella, if I could go back in time and show my former self an example of the genre, this would probably be it. The term tends to be used in the pejorative sense more frequently, but there are certainly examples of mumblecore throughout the years that I enjoy and that can be done well.

Molto Bella takes a tried-and-true premise – a forlorn poet travels abroad where he meets the girl of his dreams, who’s also running from something – and doesn’t really do anything unique with it. The cinematography and the use of locations are great (but when you’re shooting in the Italian countryside, how can it not be?). The chemistry between Paul T.O. Petersen and Andrea von Kampen – as Hal the poet and Josie the folk singer, respectively – is palpable, even when their acting styles feel a little stiff.

Almost every character and story beat is telegraphed from the get-go, even though there are some nice moments about the creative process and taking a leap of faith to put yourself out there. The screenplay, co-written by Alexander Jeffrey (who also directed) and Petersen, does a decent job of showing, not telling, what Hal and Josey are hiding from each other, and why they work so well together. These are characters that ultimately feel like real people, rather than mouthpieces for Unfortunately, there are too many narratively conventional developments to make Molto Bella stand out. Take the following scene, for example: Hal and Josie are out at a fancy Italian restaurant, and the waiter compliments the two as a nice-looking couple. One party denies it and the other plays along, while the waiter continues to flatter the pair. I could have easily just lifted the same scene from any romantic comedy from the past 10-20 years, which is what makes Molto Bella so frustrating.

Where the film ultimately succeeds though, is in the direction of Jeffrey, and in Joel Froome’s cinematography. Jeffrey’s credits mostly include short films, and Molto Bella gives him a chance to show his style and the way he likes to tell stories. Though there are issues with the script, there are hardly any superfluous scenes that don’t contribute to the overall plot, and Jeffrey’s compositions are aesthetically interesting. Froome’s cinematography, meanwhile, makes great use of mostly natural light and the warm tones of the Italian vistas provide a lush backdrop to the story.Though Molto Bella doesn’t stand out through its script or its dialogue, it remains a promising feature for the production team. Director Alexander Jeffrey’s use of music and montages helps to keep the film moving along nicely. American films made abroad tend to use the lavish European countrysides to make up for the rest of their film’s shortcomings. Molto Bella doesn’t entirely absolve itself of that sin, but those moments are at least few and far between. I may not still be entirely on board with the concept of mumblecore, but Molto Bella shows that there are positives and negatives to the approach.

About the Writer: Ben Sears is a life-long Indianapolis resident, husband, and father of two boys, as well as a contributing writer on ObsessiveViewer.com and recurring co-host on The Obsessive Viewer Podcast. Aside from watching movies and television, Ben enjoys photography (bensearsphotography.com) and running marathons, but never at the same time. That would be difficult.