The internet can, on very rare occasions, be used as a force for good in the world. In 2017, Disney pulled the insufferable short film Olaf’s Frozen Adventure from Coco’s screenings after audiences voiced their overwhelmingly negative reactions. In 2019, Paramount re-tooled Sonic the Hedgehog after fans recoiled in horror at the reveal of the titular character’s look. And now, 4 years after its initial release, Warner Bros. has caved to its fans and released the long-fabled “Snyder cut” of Justice League.

Premise: Zack Snyder’s definitive director’s cut of Justice League. Determined to ensure Superman’s ultimate sacrifice was not in vain, Bruce Wayne aligns forces with Diana Prince with plans to recruit a team of metahumans to protect the world from an approaching threat of catastrophic proportions.

The internet can, on very rare occasions, be used as a force for good in the world. In 2017, Disney pulled the insufferable short film Olaf’s Frozen Adventure from Coco’s screenings after audiences voiced their overwhelmingly negative reactions. In 2019, Paramount re-tooled Sonic the Hedgehog after fans recoiled in horror at the reveal of the titular character’s look. And now, 4 years after its initial release, Warner Bros. has caved to its fans and released the long-fabled “Snyder cut” of Justice League.

If you’re unfamiliar with the behind-the-scenes story, here’s the bullet points: Zack Snyder wrote and directed the DC film and had to bow out, mid-production, because of a personal tragedy. Joss Whedon stepped in, re-shot certain scenes, and cut together pieces of Snyder’s original vision in order to bring the film to theaters by its intended release date. While still raking in over $600 million at the global box office, the result was a disaster, both critically and as a coherent piece of storytelling. Meanwhile, Snyder’s most ardent fans have steadfastly continued to lobby in the intervening years for Warner Bros. to release Snyder’s original vision as he intended.

The main thrust of Zack Snyder’s Justice League remains largely the same, but many elements are expanded (the film clocks in with a near-unbearable 4-hour runtime): Bruce Wayne aka Batman (Ben Affleck) sets out to recruit Wonder Woman (Gal Gadot), Cyborg (Ray Fisher), Aquaman (Jason Momoa), and the Flash (Ezra Miller) to stop Steppenwolf from colonizing and/or destroying Earth. Picking up immediately after the events of Batman v. Superman – which Snyder also directed – Superman (Henry Cavill) remains dead for most of the film and, even after being resurrected, may as well be dead inside.

You’d be hard-pressed to find a modern action director that has a more distinct and recognizable visual style than Snyder, and League is like a Greatest Hits of everything the filmmaker is known for – for better and worse. Nearly every scene is highly contrasted and heavily filtered, which helps to complement Snyder’s penchant for brooding, angst-ridden characters. Snyder has never been terribly interested in crafting human characters throughout his filmography; rather, he populates them with ciphers to spout their machismo virtues that stand opposed to the bad guys, whose asses need to be kicked. Indeed, one notable difference between Whedon and Snyder’s cuts is that Whedon added in scenes of levity to undercut the darkness of it all. Snyder’s version has removed those scenes entirely. And Snyder has never shot an action scene that couldn’t be set in slow motion for no discernable reason.

While the extended film certainly does help to flesh out characters’ motivations and backstories (especially Fisher’s Cyborg, who showed promise but was ultimately left underserved by Whedon), Snyder’s vision could still be trimmed by at least 30-45 minutes. The epilogue, in particular, is entirely disconnected from the remainder of the film and seems to exist solely to set up a sequel, which Warner Bros. executives have already turned down. Much like Avengers: Endgame, the final hour of the film proper is essentially full-on video game mode, as the League confronts Steppenwolf and an army of CGI drones. Snyder’s greatest asset is his ability to depict visually memorable action scenes, and League only helps to strengthen that argument. Each instance is exciting and builds in momentum, scale, and stakes until the end. The action is so frenetic that I found myself almost forgetting that the film is populated with un-relatable characters that display little-to-no desire to save the world at large. Somehow this doesn’t kill the enjoyment of watching the film, but it kills any emotional investment in any of the action.

While watching League, I found myself wondering if any positive reactions to the film would be more muted if Snyder’s was the only version that ever existed. Snyder’s most ardent fans, who he can thank for pushing the studio to release the film, will surely be pleased because it more accurately represents his sensibilities and storytelling tendencies. More casual fans, brave enough to endure the marathon-like runtime, may be left wanting more. Still, the release of the film answers one of our time’s most burning questions. Even until recently, many were skeptical that the cut even existed. Zack Snyder’s Justice League may ultimately represent a win for creative autonomy, but it sadly ends up representing more of the same from one of Hollywood’s most monolithic creators. 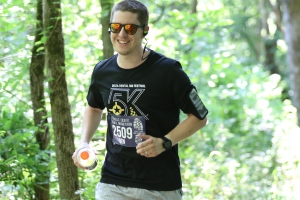 About the Writer: Ben Sears is a life-long Indianapolis resident, husband, and father of two boys, as well as a contributing writer on ObsessiveViewer.com and a recurring co-host on The Obsessive Viewer Podcast, and a member of the Indiana Film Journalists Association. Aside from watching movies and television, Ben enjoys photography (bensearsphotography.com) and running marathons, but never at the same time. That would be difficult.