Skip to content
Editorial: The Dos and Don’ts of Adapting Stephen King
Editorials

Editorial: The Dos and Don’ts of Adapting Stephen King

Today I’m kicking off what I’m calling “Stephen King Week” here at the Obsessive Viewer blog. Each day this week I’ll be posting something Stephen King related as I eagerly count the days until the series premiere of Under the Dome. We’re now seven days away from “Dome Day” and it’s got me reflecting on why I enjoy Stephen King […]

Today I’m kicking off what I’m calling “Stephen King Week” here at the Obsessive Viewer blog. Each day this week I’ll be posting something Stephen King related as I eagerly count the days until the series premiere of Under the Dome.

We’re now seven days away from “Dome Day” and it’s got me reflecting on why I enjoy Stephen King so much. Admittedly, he has a bit of an issue with ending his stories. I won’t dispute that for a moment. I’m okay with it, though. I don’t believe an ending should make or break a story.  When I finished The Dark Tower series, I didn’t obsess over the last 50 pages. I sat back and marveled at the 13 month, 3,946 page long journey I had just completed.

It’s why I love television. You can follow a series like a long novel and, if it’s handled properly, your reward will be years of character development and a mental, emotional bond with entirely fictional characters. That’s precisely why I am looking forward to Under the Dome‘s TV adaptation. I have that special twinge of caution that comes with the anticipation of any new series, sure. But for the most part, I’m very excited about it.

I realize devoting a week to one of the most prolific fiction writers of our time is a bit peculiar for a blog devoted solely to discussing movies and TV shows. But King’s work has been adapted all over the place. This week will focus on the past, present and (hopefully) future adaptations of King’s stories.

When I think of Stephen King adaptations, my mind does two things. First, it screams “When are we going to get The Dark Tower to the screen!?” Second, it divides the adaptations that I’ve seen into groups composed of the adaptations I enjoyed and the ones that make me bang my head against the wall.

Stephen King’s biggest strength is character development. He’s incredible at creating normal, everyday characters and pitting them into extraordinary situations. In order to achieve this, he takes as much time as he needs to tell his story right. Oftentimes this means spending a large amount of pages on character interactions and general development. It’s this kind of development that just can’t be adequately condensed into a two hour movie. 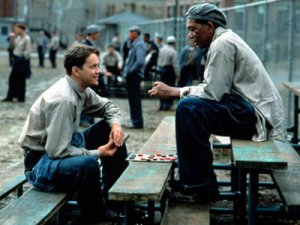 There are exceptions, of course. Frank Darabont’s adaptations (The Mist, The Green Mile and The Shawshank Redemption) are all great films. Stanley Kubrick’s adaptation of The Shining, despite taking several liberties with the source material, is an icon of the horror genre. Stand by Me and Carrie are other great visual testaments to Stephen King’s written work. Lest we forget Misery, as well (though, to be honest, I haven’t seen it). But those are half a dozen titles in a long, long list of film adaptations.

King’s work in television so far is mixed, at best. The mini-series adaptation of It is probably the best television adaptation so far. Even then, It is considered cheesy by most today. The miniseries format is becoming a relic of television, in any case. The definition of miniseries is changing as networks adjust to year-round programming. 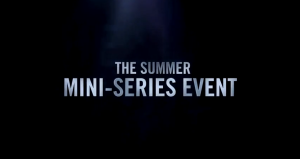 What was once a miniseries is now a shortened season “television event” with the intention of creating more seasons. Next year, Fox is doing it with 24: Live Another Day and next week that’s what CBS is doing with Under the Dome. It’s essentially the networks’ answer to the cable’s standard short season runs.

With the right talent behind it, Stephen King will flourish in this new era of television. His novels are rich with character development and TV audiences today are more interested in character-based storytelling. Under the Dome could be the first in a line of successful Stephen King television series. 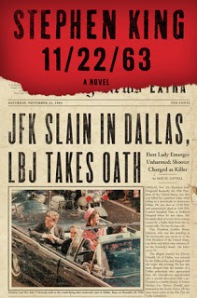 King’s JFK assassination, time travel love story 11/22/63 was recently optioned by J.J. Abrams’ Bad Robot productions with the intention of being adapted for television. These deals fall through all the time of course (Jonathan Demme first had the rights to make a movie), but if it does make it, I don’t doubt that it could be a really cool series. In fact, Bad Robot picked up the rights with the intention of putting it on cable TV. As my own feelings towards network television continue their downward spiral, this news is very appetizing.

The Stand, probably King’s most respected work, is another thing entirely. The Stand was adapted once before into a 4-part miniseries by Mick Garris in 1994. The miniseries starred Gary Sinise, Molly Ringwald and Rob Lowe and was not that good. Full disclosure, I could only stomach the first episode of the miniseries. I loved the book and appreciated that the miniseries appeared to be a faithful adaptation. But I was confused as to why a faithful adaptation of a great book could be unwatchable. I pinned the blame onto Mick Garris, quit at the first episode and haven’t brought myself to watch his adaptations of The Shining or Bag of Bones.

A quality miniseries of The Stand would work best for the novel, though. The rights for The Stand currently rest in the hands of Ben Affleck, who has his sights set on a feature film. It’s a mistake. You simply can’t make a single movie out of the behemoth that is The Stand. It would make a good trilogy, however.

Of course, there’s also The Dark Tower series. But I’m saving that for a special two-post “Dark Tower Day” on Wednesday (06/19/13, incidentally; all things serve the beam).

For now, I’ll say that I am definitely optimistic (probably to a fault) about Under the Dome and what it could mean for the future of King on the screen. Unfortunately, we still have a week to go before we get to see if the people in charge have utilized Under the Dome to its full potential. Until then, enjoy a week of Stephen King posts here on The Obsessive Viewer Blog. And, as always, you can find me on Twitter @ObsessiveViewer and like the blog on Facebook.