Release Date: February 7th, 2014 Director: José Padilha Writer: Nick Schenk, David Self, James Vanderbilt and Joshua Zetumer Stars: Joel Kinnaman, Abbie Cornish, Michael Keaton, Gary Oldman and Samuel L. Jackson The full trailer for next year’s Robocop remake was released recently and wow, was I blown away! Not only does this look intense, it looks like the story will […] 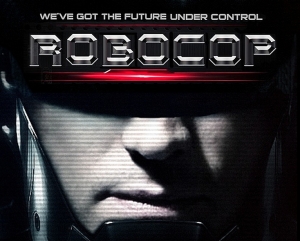 The full trailer for next year’s Robocop remake was released recently and wow, was I blown away! Not only does this look intense, it looks like the story will actually carry some dramatic weight with it. The trailer plays up the free will and morality angle of Murphy’s story.

The cast is impressive too. Especially Michael Keaton. I’ve been a fan of his for a long time and I really hope to see a resurgence in his career. The last thing I saw him in was Post Grad and, while he was by far the best part of it, the movie was nearly irredeemable in its awfulness.

So with Robocop (2014) we have a great trailer and an impressive cast. Will it live up to the hype? That remains to be seen. But this trailer gave me a somewhat optimistic idea about the nature of Hollywood and their obsession with remakes. Is it possible that the market has been so over-saturated with remakes that filmmakers are now forced to put in effort to set their remake apart from others?

It’s hard to say. I think it is certainly a possibility, although the February release date doesn’t inspire confidence. And the abnormally large number of credited writers is not something to ignore. We’ll see what happens.

You can view the trailer below and click the Amazon link for the original Robocop trilogy. Let me know what to think in the comments below or anywhere you can find me online.