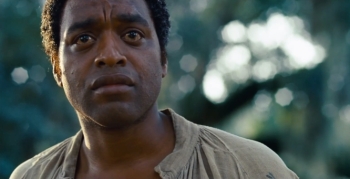 So January in 2014 wasn’t nearly as productive as last year in terms of movies watched. To be fair, however, last January was one of the best months I’ve ever had for movie watching; surpassing many a Shocktober, even.

I’m proud of my numbers this month, though. I had a respectable 3 theater outings and a majority of the movies I watched were first viewings. I started 2014 off well. Not only that, I also added a new category to my stats.

“Money Spent on Movies/TV” is a new stat I’ll be tracking throughout the year. I’m hopeful it will give me some good insight into how awful and reckless my spending is. Here’s what I bought in January. Note: I bought a medium Sprite and only drank ¼ of it)…

The Month in Movies 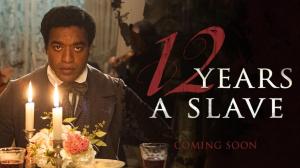 I will be writing a full review of this movie, hopefully this week. I have a lot to say about 12 Years a Slave but for now I’ll just repeat the tweet I posted moments after the credits rolled and I was in my car mentally processing the emotional journey I had just taken part in. Let it act as a teaser for my full review.

My God. No director has a more commanding grasp of his craft than Steve McQueen. 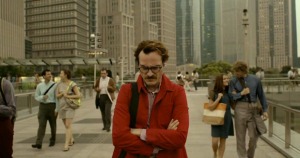 Her was the first Oscar nominee I watched this season and it really impressed me. Spike Jonze’s beautiful, subtle vision of future technology and architecture felt incredibly real and the chemistry between Joaquin Phoenix and the voice of Scarlett Johansson absolutely melted my heart.

I liked a great many things about this movie but I think, above all, I loved the statements in made on human relationships and human interaction. Jonze could have used his premise to create a sci-fi allegory for the present day hot button issue of gay marriage, or he could have used it as a cautionary tale for humanity’s dependence on technology. Instead, he brought the souls of his characters to life in a beautiful love story that leaves a strong impression. 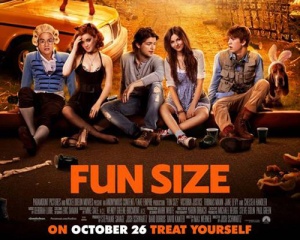 Ugh. Fun Size. This was one of the movies I watched while on bed rest from my gallbladder surgery last week. It was horrible. The movie’s main character is a teenager taking her 8 year old brother trick or treating with her friends, Along the way the kid runs off and the girl wrestles with the super tough decision to go to the hot guy in school’s party, or go find him

This movie has horrible characters, a terrible story and barely a script to be seen. 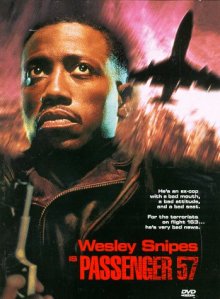 I have a soft spot for 90’s action movies. I think it’s because in my childhood, while I was playing with Power Rangers and Ninja Turtles, I always caught trailers and clips of these movies when my parents would watch them. This lost era of absurdity for the sake of action is somewhat of a comfort to me. So I thought I’d enjoy Passenger 57.

I was wrong. For a movie with less than 90 minutes to tell its story, Passenger 57 is pretty dull. I will not make a “this flick never takes off” pun but much like the country airstrip where we meet Sheriff Stereotype, this movie would not have been cleared for landing with me.

That was a stretch. Still, Passenger 57 is nothing special. The novelty of airplane set actioners would come to have better offerings in the years following (and preceding) this Wesley Snipes vehicle. I won’t have too much of a memory of this movie in two years. 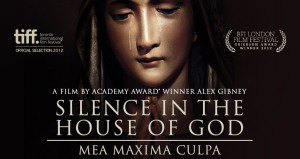 Alex Gibney’s Mea Maxima Culpa is one of the most shocking and appalling documentaries I have ever watched. The movie exposes the Catholic Church for the heinous cover-ups of unspeakable and horrific abuse toward young boys within the church.

The frame story of this documentary centers on the sustained and unimpeded molestation practices of one priest at a school for deaf children. It includes interviews with several of the pupils who were molested in the 70s and gives the viewer a truly painful overview of what this monster did and how it affected these students.

The documentary uses this story as a springboard to examine the unforgivable lengths that the Catholic Church have taken to cover-up and silence the worldwide allegations of molestation within its ranks.

This is a very difficult and heart-wrenching viewing that everyone, no matter your religious affiliation, should watch.

I said my peace on lone Survivor here.

The opinions in that review have gone unchanged. Reading bits of interviews around the web featuring Peter Berg only fuel the disappointment in the finished product. There is such a PR emphasis by Berg and Luttrell on how they wanted to “honor the dead SEALs” in the movie but they simply didn’t. They did not tell these men’s stories and the self-congratulatory nature of these interviews bother me a lot. 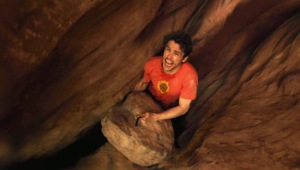 I re-watched 127 Hours on a whim because I was on bed rest after having my gallbladder taken out. It was probably my 8th or 9th time seeing it since its 2010 release and it still impresses me how Danny Boyle can get the heart of the story, tell it factually with sprinkled in elements to beef up the themes and present it in a concise and thrilling manner.

It speaks to the directing/acting team of Boyle and James Franco that the movie’s focal point on one character is in no way a detriment to the storytelling taking place on screen. Franco commands every frame he’s in and Boyle creates an atmosphere that never gets tired. 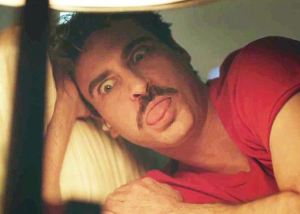 That does it for my monthly roundup. I’m eager for an Oscar nominee filled February. For a complete list of the movies I watched in January, click here.