You can find all of my Bates Motel reviews here.

Welcome back to White Pine Bay and the mercurial world that surrounds the eventually infamous Bates Motel. Before I get started on my review, you can click here to check out my reviews from last season of A&E’s Psycho “pre-imagining” series.

When we last left teenage Norman Bates, he had just murdered his teacher and had a difficult time processing how close his brother was getting to Bradley, the hot girl in school who took Norman’s v-card. 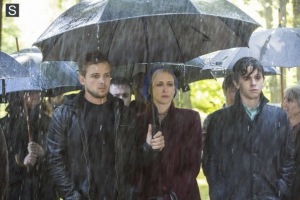 If Gone But Not Forgotten proves to be an indicator of the quality of season 2 as a whole, I really think the premiere will become a good example of a series really hitting it’s stride. The writing in this episode felt a lot more comfortable than it was in season one. Last year the characters and town were adequately explored (while getting into some dodgy storytelling here and there). Now that the foundation has been laid, it seems the writers are really running with it.

Let me talk about Norman first. The scene where his mother tells him about Miss Watson’s death was played very well by Freddie Highmore. Norman doesn’t remember he actual act of murdering her, but Highmore doesn’t play it that way. There’s an extra layer to his demeanor that adds a really creepy vibe that works to really underscore the tension and lead us to the payoff of seeing the necklace in his hand nicely.

Norman’s psychopathy really took a turn this week. He’s aware he was at Miss Watson’s house but his mind is still shielding him from the act of the murder. I find it really fascinating for the character that he is oblivious to the notion that he killed her but he still has this fascination with the dead. These two aspects of the character are bound to collide some day and I can’t wait.

Bradley had quite a transformation in this episode. She drastically changed as a result of learning of her father’s indiscretions. It was so drastic, in fact, that it makes me wonder if the writers had different plans for her and scrapped it for this storyline at the last minute.

Nonetheless, it was a well-executed character shift and I can’t wait to see where the show takes Bradley this year.

The time jump 4 months into the future was surprising but welcomed. It saved the show from potentially melodramatic fallout in the aftermath of Bradley’s suicide attempt. It was also great to see the characters more settled into their roles. Dylan and Norma are less volatile and the motel business is booming.

Though, I wasn’t sure about was the 90s, poppy “Savage Garden-esque” music planned at the start of the episode. It seemed o of place. But Emma changed her hair style so, there’s that.

The small town fan in me really appreciated the connection between Miss Watson and Bradley’s dad. I thought it was a really clean way to reconcile several of the threads left open at the end of last season without feeling forced at all.

What did feel forced was the town council scene. The character complaining about having Crime & Punishment in the school’s curriculum on the grounds that the protagonist kills people was a little too on the nose for my liking.

The scene ends strong, though, with Norma freaking out and airing her dirty laundry to the entire townspeople. I feel like she may have painted a giant bullseye on her back by ruffling so many feathers.

All in all, this was a strong season premiere. I’m hoping that the show being put on Netflix recently creates a surge in viewership this season. There are a lot of places they can go with the premise and characters. And I’m happy to see it hitting it’s groove. 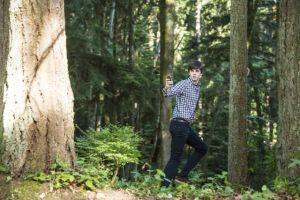 I like how upfront Dylan is with Bradley about Norman.

I hope something develops between Norma and Romero. Maybe not anything romantic, but I like the dynamic between them and the chemistry between them.

A pre-recorded message announcing the death of a teacher? That’s a bit much.