Last Sunday night, The Walking Dead concluded its fourth season with a finale that was a marked improvement over last season’s lackluster conclusion and overall better than some of the dull episodes we were subjected to throughout the season. The Walking Dead is a show that above all else is about inconsistencies in the quality of the writing. For me, […]

Television has long had a tradition of “water cooler moments.” They’re scenes or whole episodes where some big game changer happens and the audience is left in such a state of awe, they immediately discuss it at the water cooler at work the next day. Even though DVR and Netflix, not to mention Internet communities and social media, have significantly […]

Yikes. I did not watch hardly any TV this week. This is highly unusual for me. I should explain that I had a very busy week and Shocktober viewings took precedence over television. As a result, I watched three things. Read my thoughts below and prepare yourselves for a much longer entry next weekend seeing as I will have plenty […] 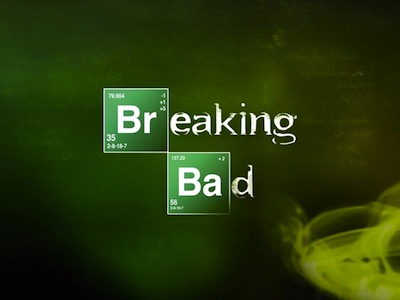 This is the time of year when I get bogged down with all the series I follow. Some shows fall by the wayside while others get picked up if word of mouth or marketing is strong enough.  Obviously I can’t devote a post every week (like with Bates Motel or Under the Dome) to every show I watch. So here’s […]

In honor of tonight’s series finale (and inspired by The Cinema Monster’s post last week) I figured it would be a good idea to countdown my top 10 favorite episodes of The Office. Like a majority of viewers, I’ve had my problems with the series in its post-Carell years. Sometimes it feels like I’m watching the show out of an […]

I’m hastily writing this at 2am after having just watched the How I Met Your Mother season 8 finale. I wrote about HIMYM not too long ago, so I wasn’t really planning on writing a postseason wrap up of it. But some interesting things happened tonight, both on and off the screen, and I feel like commenting on it. (SPOILERS AHEAD)…

Hello. I’m the Obsessive Viewer. Welcome. I decided to start this blog because more and more people are embracing an addiction to screens and with far more viewing options than we’ve ever had before, it’s really easy to get a fix. We’re living in a time where the entertainment industry is competing with rapidly evolving technology to deliver content as conveniently as possible. People are watching Boardwalk Empire on tablets on the commute to work. They’re watching The Avengers while jogging on the treadmill and streaming Netflix on their lunch break. We are no longer shackled by arbitrary schedules and show times. And the amount of content at our fingertips is extraordinarily overwhelming. So allow me to use this blog […]