Listen to us discuss our favorite and least favorite movies from 2013 on The Obsessive Viewer Podcast I’ve been keeping track of the movies I watch every year since 2007. This year is the first year that I have a place online to share my stats and I’m excited about that because it was my best year yet. Below I […]

I’ve been keeping track of the movies I watch every year since 2007. This year is the first year that I have a place online to share my stats and I’m excited about that because it was my best year yet. Below I have compiled some of my statistics and “end of the year” standouts and rankings.

I’ll list my top ten movies of 2013 in this post as well. If you want to hear me discuss my favorites, tomorrow The Obsessive Viewer Podcast is back with a 2013 wrap-up episode where me, Mike and Tiny all discuss the best and worst movies we watched last year.

As an added bonus, you can hear me discuss my top ten of 2013 on the latest episode of The Nerds You’re Looking For podcast!

I am really proud of these stats. When it comes to “total viewings” for the year, I shattered my records. I’ve been tracking my viewing habits since 2007, but I haven’t kept strict statistics since 2010. My lowest number of “total viewings” was actually in 2012 with a paltry 183 viewings of 155 movies, 59 of which being first viewings. Back in 2010 I had 237 total viewings, nearly half of which (105) were first viewings.

But the biggest year I had previous to 2013 was 2011. 261 total viewings of 222 movies. While only 88 of those movies were first viewings, I managed to watch an impressive 13 commentary tracks. I chalk that up to discovering Rifftrax, for the most part.

So 2013 was a big year all around. I credit the blog and podcast for keeping in front of screens all year. So without further adieu, here are some end-of-year lists and designations for you reading pleasure.

At the start (err, sometimes middle) of each month in 2013, I posted my “Month in Movies” roundup. In those posts, I did something I had never done previously in my 6 years of movie tracking. I designated monthly award for what I watched. Now that the year is over with, I’ve picked my top choices for the year in those categories.

I’ve praised this movie all over the internet. I watched it 3 times in the theater and feel like I could watch it again in the theater if the opportunity presented itself. I loved the terror I felt for the characters in this movie and how jaw-dropping the visuals of space were. The themes were a bit too on the nose and dare I say, simplistic. But the suspense and performances drew me in and never let me go.

This movie really spoke to my inner socially awkward teenager. I loved Liam James’ portrayal of Duncan. But it was really Sam Rockwell who, for the millionth time in his career, stole the show. He brought his best to the role of mentor and, ultimately, defender of Duncan. There are some great moments where you can see that Rockwell’s character has scars in his past and may be working to make amends for his former self. It’s kind of subtle, but it’s what I took away from the movie. 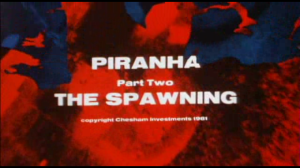 I sought this movie out as a means to kick-start my retrospective on James Cameron’s career. He’s a filmmaker I’ve felt has always been extraordinarily overrated. If memory serves, despite my disclaimer that Piranha Part 2 isn’t technically a Cameron movie (check out the post for the story, it’s interesting), I still caught some flack for including it. I feel like that says quite a bit about the stubbornness of the filmmaker’s rabid, misguided fanbase.

Nevertheless, the movie is a piece of absolute garbage and unworthy of any further discussion on ObsessiveViewer.com.

Here are my brief thoughts on this douche-filled documentary previously published in March’s “Month in Movies” post:

“Ugh. I spent the entire 70 minute runtime of this parking lot attendant documentary wondering if it was a mockumentary or if I was expected to take these ultra douchey displays of unwarranted superiority complexes seriously.

I’m still astonished that I enjoyed this movie so much. It’s stupid and filled with dirty, cheap jokes. But they played really well with me and held up upon repeat viewings. Judging it in the parameters of quality filmmaking would be an error in judgment. Checking your brain at the door and enjoying the things high caliber actors are willing to do for comedy is the best way to watch this hilarious movie. 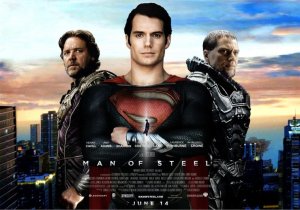 In addition to the review I wrote for Man of Steel, it’s also covered at length on episode 7 of the podcast.

The movie was an absolute mess and not at all worth waiting two months to see in IMAX. 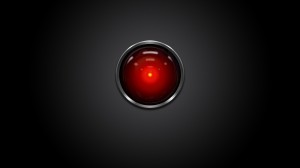 In addition to the above categories, every month I would pick a movie for my distinguished “Returning Favorite” category. These are the movies I watched out of sheer love for them. Here now are my returning favorites for the year ranked according to my love of them.

Some of these rankings are based on many factors, including how I felt about the experience of seeing them in general. Therefore certain rankings (I’m looking at you, Elysium) are pending a rewatch. But here and now, I stand by these rankings.

As I stated before, look for tomorrow’s ep of The Obsessive Viewer Podcast for an in-depth discussion of these movies and listen to the latest episode of The Nerds You’re Looking For in which I was a guest!

5. Out of the Furnace

Well, that does it for my off the cuff breakdown of my movie watching habits of 2013. A little later today Tiny and Mike will have write ups of their 2013 in movies. As always you can follow me around the internet with the links below.