My friends and I have been dedicating the month of October to the horror genre and calling it Shocktober for several years now.  I started this blog in February and from the start I was excited about sharing my Shocktober experience with anyone and everyone.

I have been saying for a while that this year has to make up for last year’s abysmal performance. I had it in my mind that I barely watched anything last year. As it turns out, I was 27 movies last year. Not all of them were Shocktober movies, but I had been working under the assumption that I had maybe 10 or 11 viewings total last year.

It’s all for the best because this year was the second best Shocktober I’ve ever had. While I didn’t beat my record of 57 viewings in 2011, I did come close with a very respectable 52 viewings. I’m also proud to say that only 3 of those viewings weren’t Shocktober movies.

To see the full list of movies I watched this Shocktober, click this link. For this month’s edition of “The Month in Movies” I asked Mike and Tiny to share their stats. Make sure you follow them on Twitter @IAmMikeWhite and @ObsessiveTiny and check out their contributions to Shocktober on the Obsessive Viewer Blog. Finally, of course, you can hear all three of us talk about movies and TV on The Obsessive Viewer Podcast.

In this week’s episode of the podcast we will cover everything we loved (and nitpicked) in Alfonso Cuaron’s latest movie. Here, now, I will say that I absolutely loved this movie. I have seen it 3 times in the theater and fully plan to see it a fourth time when it comes to the largest screen in Indiana at the only 70mm IMAX theater in the state.

I thought this was the most spectacularly filmed space movie since Kubrick’s masterpiece 2001: A Space Odyssey. The movie is absolutely beautiful, terrifying, and touching as it tells its story. I loved it and cannot urge everyone strongly enough to see this in the theater. It’s a great experience.

I don’t watch enough documentaries. I really should, though. One documentary I watched last month was The American Scream. It followed three “house haunters” in a small Massachusetts town. These guys’ free time is dominated by a desire to convert their homes into haunted attractions for trick or treaters on Halloween night.

What I loved most about this documentary was its authenticity. It told three stories and I feel like I got the real story on each of these subjects. They could have forced conflict between the three groups but that would have been cheating. Instead, the filmmakers got the true story and captured something great.

The documentary will speak to anyone who’s passionate about anything. It examines some of the effect the hobby has on family and personal life. It makes for a fascinating view of people consumed by a hobby as well as approaching it in vastly different ways. 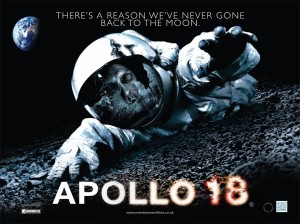 It’s almost unfair of me to list this as my worst first viewing simply because I all by toned it out after half an hour. The movie had established its ridiculous premise, though, so I feel like I understood whatever my eyes glazed over later.

You can read my thoughts on the movie and found footage horror in general here.

My problem with this movie is that it’s a found footage movie in space. That’s like taking an iconic slasher and putting him in space. Oh, wait. Yeah, there’s my dishonorable mention.

It’s funny that this week we’re covering space movies on the podcast (and, with luck, on the blog too), yet my two worst viewings last month were space movies. What does that say about horror in space? Well, luckily I covered that with a list of space movies that include horror elements, which you can read here.

As for Jason X, it was awful. The only redeemable thing about the movie was the tongue-in-cheek, campy comedy moments. The standout scene features a guy reacting to Jason stabbing him with the machete by saying the line “It’s gonna take more than a poke in the ribs to take down this old dog.” Jason stabs him again and the guy says “Yeah, that oughta do it.” Other than that, there was nothing of real value for me in this movie. 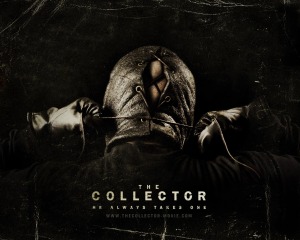 You can read my full review of The Collector here. If you want the cliff notes, though, I will say I was very pleasantly surprised. Obviously. I’ve been intrigued by the movie’s anti-hero premise for a while but I was put off by the Saw comparisons.

Nevertheless I watched it (and its sequel) and really enjoyed myself. It felt a bit like a Saw movie if they substituted the twist-filled and convoluted plot for decent character development. Plus I got the added enjoyment of imagining that The Collector is a grown up version of Kevin McCallister from Home Alone.

I don’t know if I should have really put World War Z in this category. It’s not actually accurate considering I went into it expecting to be disappointed. I ended up actually enjoying it to an extent. I’m just really disappointed in the fact that it sold itself as an adaptation of Max Brooks’ incredible book. So I say that World War Z is my biggest letdown for the month on the grounds that the only thing they used from the book was the title.

When viewed by itself, the movie isn’t bad. I actually liked the way the zombie hordes flowed like water. I had problems with the way the movie concluded. There’s an element added into the last act of the movie that I just wasn’t on board with. I liked the movie well enough but won’t be in a hurry to see it again anytime soon.

A couple weeks ago, the Keystone Art Cinema and Indie Lounge in Indianapolis had a midnight screening of the horror anthology movie Trick ‘r Treat.

Keystone Art is my favorite movie theater in Indianapolis. The Indie Lounge attached to it has a full bar with very friendly and personable bartenders. The seats are incredibly comfortable, the staff’s courteous and even the crowds always seem warm and respectful. It’s a theater that is a constant in the high level of entertainment it provides.

Created by Michael Dougherty, Trick ‘r Treat features four intersecting stories of horror. The stories range from something as seemingly innocent as kids exploring a local legend and a girl on the prowl for her “first” to more morbid fare such as a deranged man teaching kids the darker traditions of Halloween and a curmudgeon with an unwanted visitor.

All of these stories tie together so nicely and tightly that it’s near impossible to find a single weak link in the film. In fact, I have no problem proclaiming Trick ‘r Treat to be the best movie to convey the spirit of this most sacred of holiday seasons since Halloween in 1978. I would go so far as to say it does an even better job of it than John Carpenter’s masterpiece.

Seeing it on the big screen was a great experience for me. The turnout wasn’t what I’d expected or hoped, but seeing the movie in that setting was a treat enough in and of itself.

This movie blew me away. I couldn’t take my eyes off the screen. I have been a big fan of Alfonso Cuaron for a long time now. I was pleasantly surprised to feel that Gravity is probably his best work yet. Also, as a side note, I think seeing this movie in 3D is worth the extra money. I’m not typically a fan of 3D, but I think there’s just something about space that makes 3D work.

I wrote about my feelings on this movie in my first musings post and in my Adaptations and Remakes post. Frankly I’m kind of sick of talking about it, so check those out for my thoughts.

“What we’ve done so far has been successful and critically acclaimed…so let’s take out our main villain and all of the established characters and do something entirely different that has nothing to do with the established franchise!” ß That’s Halloween III in a nutshell.

It’s horrendously awful. I was barely able to get through it. I’m glad I watched it in the first few weeks of Shocktber when I was really gung-ho because I probably would have shut it off if I had watched it during the week of Halloween.

I also wrote about this in my Shocktober Musings. It was a really solid horror flick with an incredibly good ending. It also had uncharacteristically good acting. Definitely check it out on Netflix Instant.

Biggest Letdown: House at the End of the Street

I mentioned this in part III of my Shocktober Musings. I didn’t have much to say about it though. I was really bored with it, and the ending was sort of unclear. I was so disappointed in it because I really like Jennifer Lawrence. I only want to see her in good movies, so this was disappointing.

Such an awesome movie! I wrote about it in part IV of my Shocktober Viewings. I had a lot of great things to say about it. If you have never seen this version of The Thing do your self a favor and make it a priority.

This was my most successful Shocktober ever. Typically I don’t get into the holiday like others do, so my past Shocktobers have been lackluster at best. I went all out for you guys this year, though! It was a lot of fun. I watched all 8 films in the Halloween franchise. That was a first for me. Some of the entries are cheesy and campy, but I really liked what they did with all of the characters. That was the stuff that got me through the crappy parts. I’m glad I did it. Several of the Halloween movies will probably become regulars in my future Shocktobers.

I was hoping to break Matt’s insurmountable Shocktober record of 57 viewings (from 2011), but I was just too busy; and honestly, it might have taken some of the fun out of it to force myself to watch two movies a day. I’m definitely going to make Shocktober more of a priority in the future, though. I hope you guys enjoyed my musings posts and my other entries to the blog. I’m sure some of you think I’m crazy for some of the stuff I said, but remember that I’m a layman to the horror industry.

Honorable Mention: The Loved Ones

Biggest Surprise: The Loved Ones

I’m going to call 2013 a successful Shocktober. Last year I watched more than one per day, but this year I knew I wouldn’t get close. Getting married can be detrimental to movie watching. I did, however, want to watch 15 Shocktober movies and I ended up watching 20.

Similar to my approach last year, I tried to have as many first viewings as possible. The Loved Ones was easily my favorite of the first viewings for Shocktober. I found a new appreciation for the Evil Dead remake on the 30th, and thoroughly enjoyed Idle Hands on Halloween for the first time in several years. Texas Chainsaw 3D was even worse the second time; I guess I expected it though. My only complaint is that I didn’t see more Shocktober movies in the theater. Next year perhaps! Stay tuned for Shockvember!